A Russian court declared award-winning film and theatre director Kirill Serebrennikov guilty of embezzlement and was expected to hand down a sentence later on Friday in a case that has prompted an outcry among the cultural elite, Reuters reported.

The 50-year-old art director at Moscow’s avant-garde Gogol Centre theatre was charged with leading a criminal group that stole 129 million roubles ($1.87 million) in state funds. He denied any wrongdoing.

Hundreds of supporters gathered outside the court on Friday, applauding and cheering him as he arrived in casual black attire, including a baseball cap, face mask and sunglasses.

Leading cultural figures have petitioned for his release, casting the case as an attempt to silence a director whose work mocked what he saw as the pernicious role of the church and state in Russian society.

The Kremlin declined to comment on the verdict on Friday. It said it had noted anger among some cultural figures, but that there was no sign of broad public tension around the case.

The charges date back to 2011-14 when the government disbursed 216 million roubles to fund a Serebrennikov project aimed at staging and popularising experimental and modern theatre.

“Everything one day will become clear when they open the security service archives and we will find out who gave the orders, who invented this case, who fabricated it, who wrote the denunciations,” he told the court in his closing speech.

“I have absolutely no regrets that I have dedicated years of my life to developing art in Russia even though it has been linked to difficulties, persecution and slander,” he said, 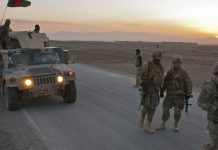 Watch That Time I Got Reincarnated as a Slime: Tales - Veldora's Journal (Dub) Episode Full at GoGoAnime gogoanime 17