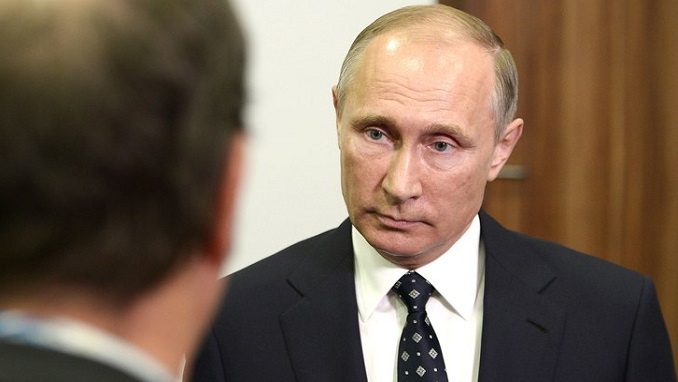 Russia has become much more conservative about its finances, fortifying them partly in order to withstand international sanctions, Quartz writes.

U.S.-led sanctions were levied on the country after its annexation of Crimea from Ukraine in 2014, and the measures targeted state-owned oil companies, banks, and members of Putin’s inner circle. For now, U.S. investors can still buy Russian government bonds, although it’s always possible that new sanctions could bar them from doing so. Even if that were to happen, Moody’s expects that Russia would be able to finance its spending because of new fiscal rules that have resulted in “very low borrowing requirements.”

The government plans to reduce deficits to a level that can be financed domestically, according to Moody’s, and the finance ministry has been on a foreign-exchange buying spree since 2017.

Russia’s economy remains reliant on its oil and gas industry, and its fiscal prudence partly reflects the potential for shocks to that market. It has an aging workforce and businesses suffer from “problems with rule of law, property rights and weak control of corruption,” which deter investment, according to Moody’s. The economy grew by 1.5% in 2017 after suffering nearly two years of recession.

Investment opportunities aside, the fiscal fortification could provide some insight into the Kremlin’s long-term thinking. According to Quartz, putting its finances on such a careful footing suggests Putin doesn’t expect sanctions to be relaxed anytime soon and may be preparing for more.

Kremlin: Russia, Belarus Are Not Just Friends, They Are Brothers