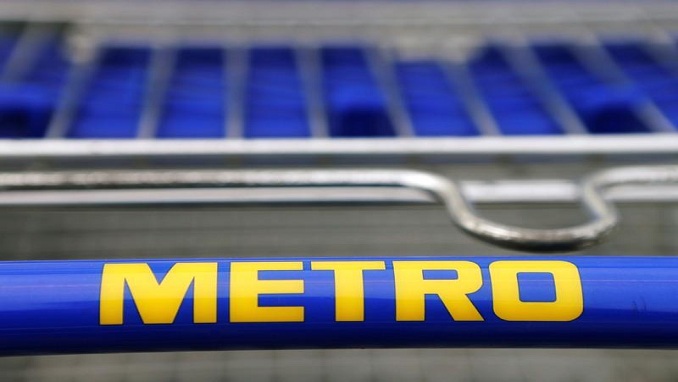 German wholesale group Metro suffered a sharp drop in share price on Thursday after it reported another quarter of falling sales at its Russian business and an impairment charge on the Real hypermarkets chain it is trying to sell, Reuters reports.

On Wednesday, Metro’s stock had rallied on relief that the company is closer to shedding the struggling Real chain. On Thursday, it was down 7 percent at 1038 GMT.

Chief Executive Olaf Koch told journalists he still sees improvements coming in the Russian business but declined to say when he expected it to return to growth, noting sluggish consumer sentiment in the country.

Like-for-like sales fell by 4 percent in Russia in the fiscal second quarter, as steps the company has taken to revive the business such as price cuts took effect more slowly than expected, Metro said.

Like-for-like sales at its Real hypermarkets, which it records as a discontinued business, fell by 5.1 percent, mainly due to Easter falling outside the quarter this year.

Metro has been restructuring over the past few years to focus on its cash-and-carry business, selling Kaufhof department stores and then splitting from consumer electronics group Ceconomy.

Metro revealed exclusive talks on Wednesday to sell Real hypermarkets to a consortium led by real estate investor Redos. Metro also said it would take a $430.89 million impairment charge on the loss-making chain.

Analysts expressed concern that Metro will initially retain a 24.9 percent stake in the operating business, although it has a “put” option to sell that holding which could be exercised after three years.

ANIMEFLIX The Rising of the Shield Hero (Dub) Episode 24