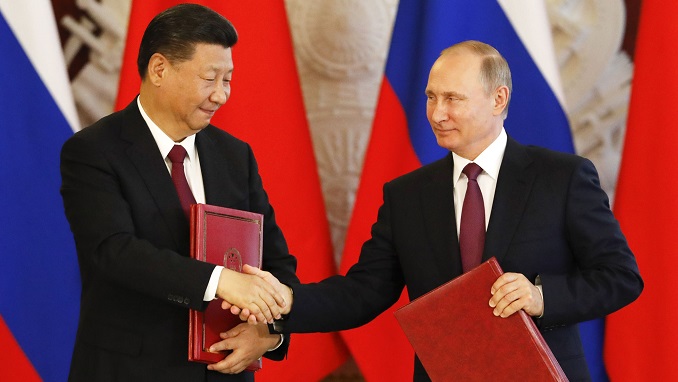 U.S. President Donald Trump accused China and Russia of global currency meddling in a tweet Monday — a peculiar attack that came despite the Treasury Department naming neither as currency manipulators, CNN reported.

“Russia and China are playing the Currency Devaluation game as the U.S. keeps raising interest rates,” Trump tweeted. “Not acceptable!”

The Treasury Department did not list either China or Russia as a currency manipulator in its semi-annual currency report released on Friday.

While the Treasury expressed concerns about the large trade deficit with China, the report only placed the country on its monitoring list. Russia was not named in the report, which examined the U.S.’s relationship with its 12 largest trading partners and Switzerland.

It’s not the first time Trump has accused countries of keeping their currencies artificially low to gain unfair advantage in trading with the United States.

Before the presidential election, Trump vowed to label China a currency manipulator on Day 1 of his administration. But he’s repeatedly backed away from that promise. In May 2017, in fact, he said China had stopped manipulating its currency, and he personally took the credit.

Presidents have often used the semi-annual reports as a diplomatic tool while engaging with countries that are seen as having exchange rate policies that harm U.S. jobs and economic growth. Designating a country a currency manipulator doesn’t immediately trigger penalties, but is seen by other governments as a provocation.

Since Trump took office, the dollar has weakened substantially against other currencies such as the Chinese yuan. And the ruble has plummeted only in recent weeks because of sanctions against Russia by the United States.

Trump’s Twitter attack is the latest in a simmering trade battle between China and the U.S. Both sides announced tariffs against goods from the other country in the past month and warned that more could be on the way. For instance, the president said that the U.S. may slap tariffs on an additional $100 billion worth of Chinese goods.