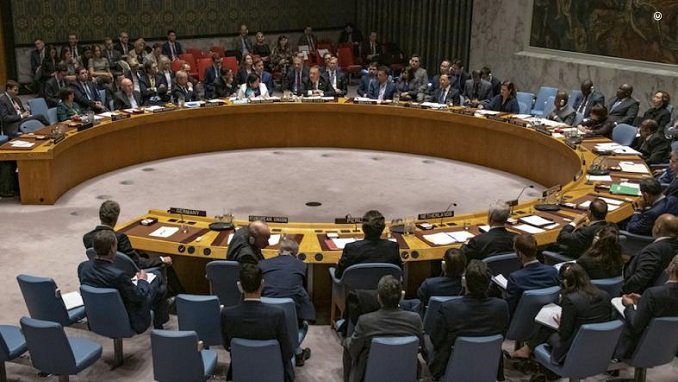 According to the Russian diplomat, the text had “no accusations, only support of basic common things,” TASS reported.

“It was killed by the USUN within 9 minutes from the start of silence procedure (an automatic adoption of a document once there are no objections – TASS),” he wrote. “Any questions on how ‘constructive’ U.S. position on Venezuela is?”

On May 3, Venezuela’s authorities said they had foiled an attempted incursion by a group of mercenaries from Colombia who had sought to stage a coup in Venezuela and kill President Nicolas Maduro.

According to TASS, two of those detained were U.S. nationals. In a televised address, Maduro showed their documents. One of these men said during the interrogation they had been tasked to take control of the airport and bring the Venezuelan leader there to further take him to the United States.

U.S. President Donald Trump said after the incident Washington had nothing to do with the persons detained in Venezuela. Moreover, he said the United States would not have made any secret of such an operation if it had planned it.

Half of Moscow’s 12 Million Residents Have Had Covid-19