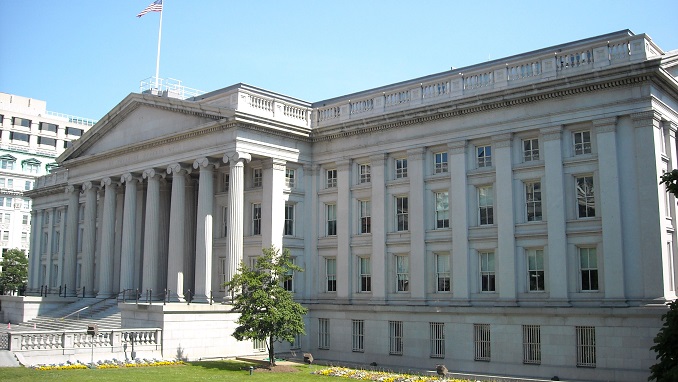 United States authorities announced new financial sanctions against Russia’s top intelligence agencies and more than a dozen Russian citizens, in the latest U.S. push to punish Moscow for interference in the 2016 presidential election.

Announcing the decision on Thursday, the White House and the Treasury Department said the measures were specifically in response to Russian efforts to interfere with U.S. elections systems, The Wall Street Journal reports.

At the same time, one of the reasons for the new sanctions was a wide range of “malicious cyber activity,” including Russian efforts to hack into the U.S. energy grid and other parts of the U.S. infrastructure, including dams, officials said.

The sanctions, which U.S. officials had hinted would be announced this week, were not directly linked to the poisoning in Britain of a retired Russian military intelligence officer and his daughter, though Treasury Secretary Steve Mnuchin cited the case as an example of what he called was Russia’s reckless actions.

“Treasury continues to pressure Russia for its ongoing efforts to destabilize Ukraine, occupy Crimea, meddle in elections, as well as for its endemic corruption and human rights abuses,” he said in a statement. “The recent use of a military-grade nerve agent in an attempt to murder two UK citizens further demonstrates the reckless and irresponsible conduct of its government.”

It’s unclear how much effect the new U.S. measures will have in influencing Russian actions in the United States or Europe. Many of the agencies, individuals, and entities had either been sanctioned previously or had been publicly accused in U.S. statements, including in the indictment released last month by U.S. special counsel Robert Mueller.

The new penalties were the first to be utilized under a law that Congress passed last year to punish Russia for election meddling.

U.S. national security officials also told reporters that the FBI, along with the Homeland Security Department and intelligence agencies, have concluded that Russian intelligence and other agencies were behind attacks on some parts of the U.S. energy sector, including grids, dams, and factories.

The Russians “conducted network reconnaissance” of industrial-control systems that run U.S. factories and the electricity grid, said the officials, who briefed reporters on condition of anonymity.

The Treasury Department announcement named the Internet Research Agency, a St.Petersburg company known informally as the “Russian troll factory” for its efforts to create fake accounts on Facebook and other social media platforms.

The company, and the man believed to be its financier, Yevgeny Prigozhin, were indicted by Mueller last month on conspiracy and other charges.

On Wednesday, the United States joined Britain, France, and Germany in a strongly worded statement that accused Russia of responsibility for the poisoning of Sergei Skripal and his daughter Yulia. The former spy and the daughter remain hospitalized in Britain after being exposed to a powerful nerve agent.