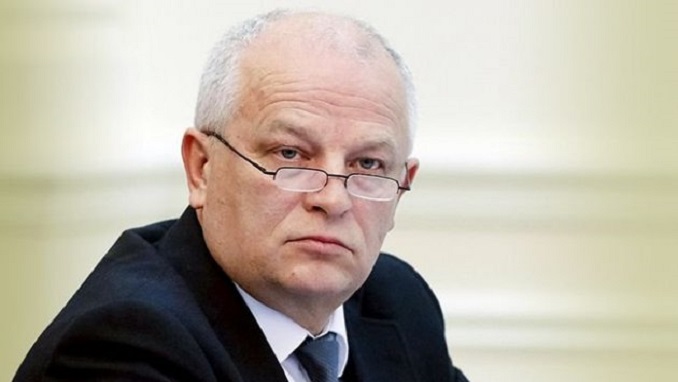 Ukraine has introduced a set of 12 sanctions measures in relation to goods imported from Russia, the country’s First Deputy Prime Minister and Minister of Economic Development and Trade Stepan Kubiv has said.

“I would like to announce that as of today, there are 12 trade safeguard measures introduced in regards to the imports of goods originating from the Russian Federation,” Kubiv said at a briefing in Kyiv on 27 March, according to UNIAN.

Ukraine introduced an anti-dumping duty on fittings and rolled goods from Russia at the end of 2017, on Russian chocolate in May 2017, and on grinding wheels in April. The Ministry of Economic Development and Trade also announced an anti-dumping probe into imports of soda, fibreboard, slate, and polyurethane products.

On 26 March, Ukraine’s Interdepartmental Commision on International Trade decided to apply an anti-dumping duty on Russian ammonium nitrate. In February 2017, Ukraine, as a WTO member, filed a lawsuit against Russia for the numerous transit restrictions imposed by Moscow on Ukrainian goods in 2016.

In the winter of 2016, exports of Ukrainian goods to Russia were significantly restricted, and then a complete embargo was imposed on Ukrainian food exports to Russia. In July 2017, Russia continued the trade restrictions policy, closing transit shipments of Ukrainian goods through its territory to third countries, primarily Kazakhstan and Kyrgyzstan.

In October 2017, Ukraine filed a new lawsuit with the World Trade Organization against the Russian Federation related to the restriction on imports of food and industrial goods.

OPEC Boss: Cooperating with Russia is Like Tchaikovsky’s Symphony