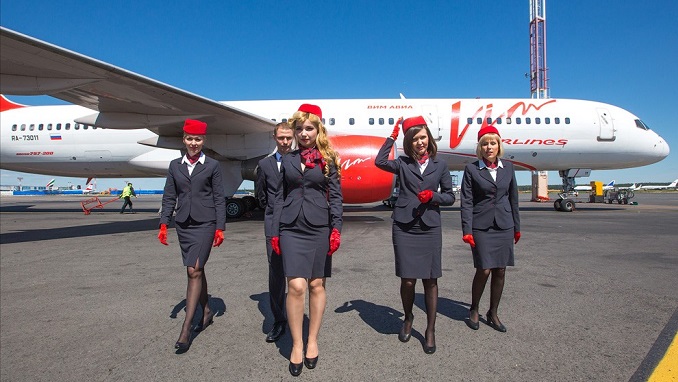 A court in the Russian republic of Tatarstan has granted a claim filed by the RNGO company seeking to include a 3 billion-ruble ($44 million) debt of the troubled VIM-Avia Airline into the creditors’ demands list.

According to the Russian legal information agency RAPSI, the Tatarstan Commercial Court said that a bankruptcy claim against the air carrier filed by RNGO will be considered in late September.

According to a representative of VIM Airlines, the company has enough property to pay debts, and it expects an additional 500 million rubles ($8.6 million) to be transferred from the budget.

In December 2017, the airline’s CEO Vyacheslav Kononenko said that the company was facing a serious problem in that it can’t pay salaries because of debts to the Federal Tax Service (FTS) reaching 500 million rubles ($8.8 million). According to Kononenko, all funds transferred to the airline’s accounts are automatically blocked and transferred to tax authorities.

On October 17, 2017, a criminal case was launched over premeditated bankruptcy of VIM Airlines. In September of the same year, the court returned a bankruptcy claim against the airline back to the Deposit Insurance Agency (DIA). According to the court, due to the social tensions surrounding the activities of the airline, the applicant decided to recall the motion.

Investigators believe that certain top managers and owners of the air carrier intentionally made losing bargains in 2016 and 2017 including those aimed at siphoning of assets abroad. The deals led to enormous financial outlay and undoubtedly resulted in the company’s failure to pay debts to creditors in full.

According to investigators, employees of VIM Airlines continued to sell tickets to clients despite being aware that the airline was not able to transfer passengers because there were not enough funds to buy fuel. Investigators believe that the employees embezzled more than one million rubles ($17,000).

VIM Airlines CEO and chief accountant Alexander Kochnev and Yekaterina Panteleyeva have been arrested as part of the case. Co-owners of VIM Airlines Rashid Mursekayev and Svetlana Mursekayeva fled Russia and are currently residing abroad, according to investigators. In December, the Basmanny District Court of Moscow issued an arrest warrant for Mursekayev in absentia.