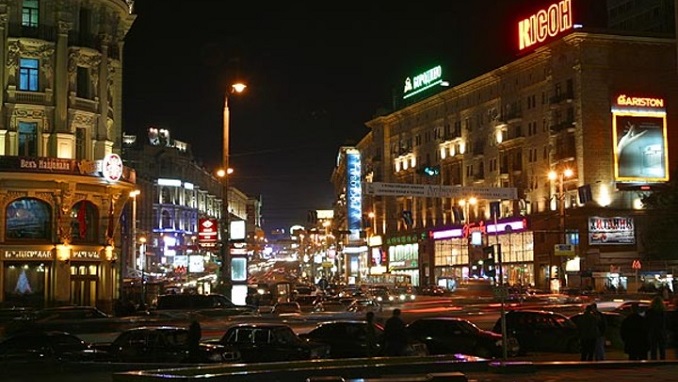 Moscow didn’t make a great first impression on experienced Chinese tourist Maggie Xu and the two friends she was traveling with. But once they had settled in, the trio found themselves charmed by the sparkling lights lining the pavements of Tverskaya Street – Moscow’s Champs-Elysees.

“On that cold winter night, the city had the joyful atmosphere of an amusement park,” Xu says.  Along with two other young women – model Yuki Dong and education agency owner Jenny Lu, Xu had decided to travel to Russia this winter for her birthday. They are among a growing number of affluent, big-spending Chinese travelers looking for an alternative to the well-trodden paths of Paris, New York, London, and Milan, instead of heading to cities with less glamorous reputations such as Moscow and St Petersburg, the South China Morning Post reported.

“Red tourism”, with its traditional focus on visiting historical socialist or communist landmarks, has boomed in recent years. But it’s not only the Kremlin, Lenin’s Mausoleum and Red Square on the itinerary. Culture and lifestyle tours, fine food and drink, and shopping – the main pastime of Chinese travelers – have become hugely popular.

Chinese tourists spent between US$800 million and US$1 billion in Moscow in 2015, according to the city’s tourism authorities. A year earlier, the Russian government and industry launched the “China Friendly” project, which aims to accommodate more Chinese tourists through improved services, hotels, restaurants, tourist activities and – of course – shopping.

The results are astonishing – in 2016, about one million Chinese tourists visited Russia, reportedly spending in the region of US$2 billion. At the beginning of this year, the Russian government introduced tax-free shopping for tourists in a number of notable stores, hoping to attract even greater numbers.

Research by the Hurun Report entitled “The Chinese Luxury Traveller 2017” found that wealthy Chinese tourists prefer to get out of their comfort zones, with “around the world travel, polar exploration, and outdoor adventures” topping their wish lists.