The OPEC + agreement is yielding positive results, and Azerbaijan will strive for 100% fulfillment of its obligations within the deal, the country’s Energy Minister Parviz Shahbazov said during a video conference with the participation of the co-chairs of the Azerbaijan-Kazakhstan Intergovernmental Commission on Trade and Economic Cooperation on Friday, TASS writes.

“The decision taken within OPEC + proves that it is the only mechanism in the current situation. The positive results of the OPEC + agreement show that we have made the right decision. We are trying to continue to achieve 100% fulfillment of our obligations,” Shahbazov said, quoted by the Energy Minister press service.

In December of 2016, Azerbaijan joined the agreement to cut oil production among 11 non-OPEC countries. Since that time, the country has supported all OPEC + agreements to reduce production, taking appropriate obligations. As part of the OPEC + deal concluded in April this year, which provides for a cumulative decrease in daily production in May-June 2020 by 9.7 mln barrels, which was extended until the end of July, Azerbaijan pledged to reduce production by 164,000 barrels per day during this period (from the production level in October 2018), up to 554,000 bar /s. According to the Ministry of Energy, in July Azerbaijan fulfilled its obligations by 99.9%.

Labeling Slows Down Rise in Prices for Dairy Products 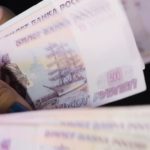 The Federal Antimonopoly Service announced the need to revise all current insurance conditions for the risks of a bank borrower - in exchange for...

The Ministry of Justice registered a Rosreestr order on the removal from the cadastral register of capital construction projects that have ceased to exist,...

Inter RAO, the only Russian energy exporter, is ready to resume electricity supplies to Ukraine after October 1, Alexandra Panina, head of the Inter...

The Russian government decided to approve Rosneft's proposal and allow joint gas supplies to the EU with Gazprom, Russian media reported. Under the proposal, Rosneft would...

Many cafes, restaurants, and shops in the capital were unable to adapt to the new working conditions during the pandemic, Russian media reported. For these...