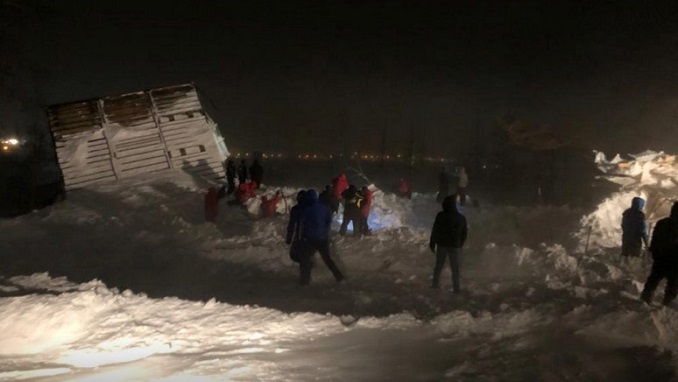 Three people were killed after an avalanche struck a ski resort near the Arctic city of Norilsk late on Friday, the local branch of Russia’s emergency services ministry said, Reuters reports.

The bodies of two adults and a young child were found as part of a search and rescue mission involving 242 people and 29 vehicles, the ministry said in a statement on Saturday. A 14-year-old boy was also hospitalized with frostbite.

Video footage showed emergency services staff and volunteers battling high winds and freezing conditions throughout the night to dig out buildings buried under snow and ice.

Adverse weather conditions, including snowstorms and strong winds, had complicated the work of rescuers, the emergency services said in a statement.

Russia’s Investigative Committee said it had dispatched officers to the scene in Norilsk, a remote city of 180,000 situated 300 km (190 miles) inside the Arctic Circle.

It has opened a criminal investigation, it said, to determine whether the buildings’ owners had adequate safety measures in place. It was still seeking to determine who owned the four buildings that were engulfed.

The avalanche covered a total area of 300 square meters, the management of the Gora Otdelnaya resort complex was cited as saying by the TASS news agency.