Russia’s state environmental watchdog on Friday threatened to take mining company Norilsk Nickel to court if it failed to voluntarily pay compensation for environmental damage caused by a fuel leak in the Arctic earlier this year, Reuters reported.

Nornickel, one of the world’s largest producers of nickel and palladium, has been in the spotlight since a fuel tank lost pressure in late May and unleashed 21,000 tonnes of diesel into rivers and subsoil near the Arctic city of Norilsk.

The company has disputed the more than $2 billion Russia’s environmental watchdog has requested to pay for the accident, which, it has said, had caused unprecedented damage to the Arctic.

“We will of course go to court if the company doesn’t want (to pay),” said Svetlana Radionova, the head of the Rosprirodnadzor watchdog, in comments carried by the Interfax news agency. “But it’s difficult for me to imagine that such a large company would say ‘I was just walking by and don’t owe anybody anything’.” 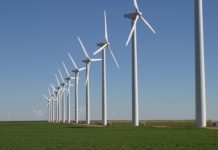 Gaz Group in Talks with U.S. Treasury over Sanctions Relief