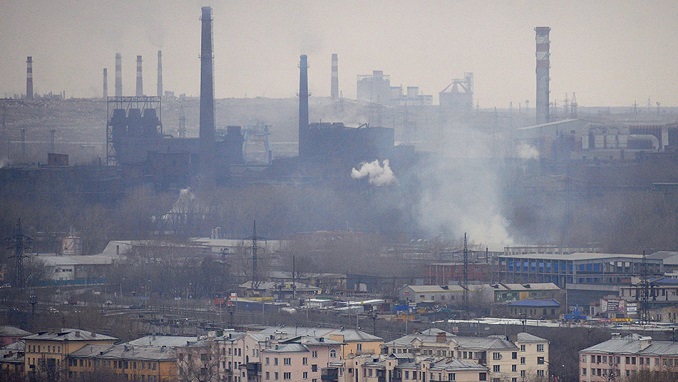 According to a recent study by scientists at the Carbon Brief climate analytics website, Russia has contributed 6.9 percent of the world’s carbon dioxide (CO2) emissions since 1850, Moscow Times writes.

Russia is fourth in the world in terms of yearly carbon emissions, according to data from the Union of Concerned Scientists. However, when total emissions from the pre-Industrial period are included, Russia falls to third position, behind the United States and China, according to Carbon Brief.

According to Carbon Brief’s estimate, Russia has released about 170 billion tons of CO2 during the last 170 years.

Carbon Brief stated, “Historical culpability for climate change is at the core of arguments about climate justice.”

For the first time, this year’s Carbon Brief study covers emissions from land use and forestry, two important areas of Russia’s economy. These regions account for about one-third of Russia’s emissions.

While fossil fuels and building have accounted for a growing proportion of global carbon emissions since the 1950s, land use and forestry continue to be significant sources of emissions.

The study comes ahead of the COP26 climate summit, which climate experts believe will be crucial in obtaining pledges to prevent global temperatures from increasing more than 2 degrees Celsius over pre-Industrial levels and averting catastrophic ecological repercussions.

Despite accounting for just 10% of the global population, industrialized countries have produced 39% of total carbon emissions since 1850, according to Carbon Brief. Meanwhile, emerging nations account for 23% of global emissions while accounting for 42% of the world population.

The Carbon Brief list places industrialized nations (the United States, Germany, Russia, the United Kingdom, Japan, and Canada) first in both yearly and per-capita emissions. China, India, Brazil, and Indonesia, on the other hand, have considerably lower per-capita emissions owing to their huge populations, but they still account for a considerable proportion of total emissions.

Russia has yet to agree to any new significant climate changes in front of the COP26, which begins in three weeks. Six of the top ten carbon generating countries have failed to submit more aggressive climate plans, as required by the Paris Agreement.

Number of Cybercrimes Up 25 Times in Russia in Five Years