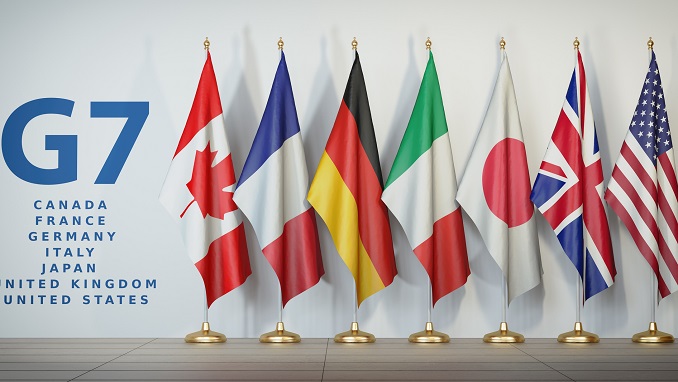 Top diplomats of the G7 group will discuss human rights, economic turnaround after the coronavirus pandemic and ways of counteracting new global threats during the first face-to-face meeting in two years in London on May 3-5, the UK Foreign, Commonwealth and Development Office reported on Sunday.

According to the statement, in addition to foreign ministers of the UK, Germany, Italy, Canada, the U.S., France and Japan, EU High Representative for Foreign Affairs and Security Policy Josep Borrell, representatives of Australia, India, South Korea and South Africa and Secretary General of the Association of Southeast Asian Nations (ASEAN) Lim Jock Hoi have also been invited.

On Monday, before plenary sessions scheduled for May 4 and 5, the UK top diplomat will conduct a bilateral meeting with U.S. Secretary of State Antony Blinken in order to discuss trade, China, Afghanistan and Iran, TASS reports.

Additionally, the foreign secretary will hold meetings with his Japanese counterpart Toshimitsu Motegi on trade cooperation and security in the Indo-Pacific region and with his Indian counterpart Subrahmanyam Jaishankar to discuss aid to India in fighting a new wave of the pandemic.

Russia Calls for Talks on Binding Treaty to Prohibit Weapons in...