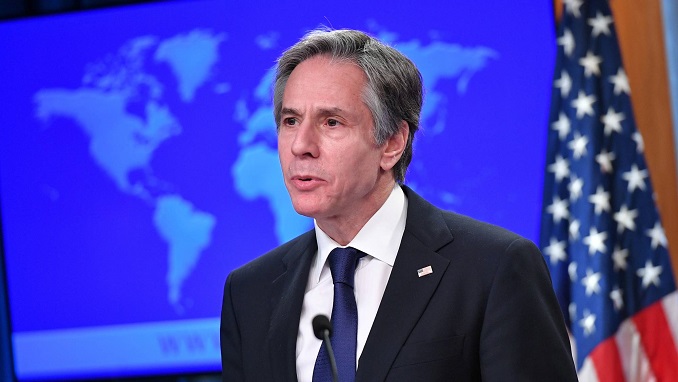 The U.S. administration believes that the open dialogue between Washington and Moscow would benefit bilateral relations, U.S. Secretary of State Antony Blinken told CNN, commenting on a possibility of a U.S.-Russian summit, Russian agency TASS reports.

In his words, the United States was ready to respond if the Russian government continues “to engage in aggressive or reckless actions.” At the same time, the U.S. top diplomat added that Washington counts on “a more stable, predictable relationship” between the two nations.

“But all of that, whether it’s making clear what we’re going to do if Russia continues to act out, or what we could do if it chooses to get onto a more predictable and stable course, all of that benefits from being able to speak face to face,” Blinken said.

At the same time, he did not respond to a question on whether Russia had confirmed to the U.S. its readiness to participate in the proposed summit.

“I don’t know if there’s a formal acceptance [of the U.S. invitation to participate], but I know we’re talking about it and talking about the timing of such a meeting,” the U.S. secretary of state said.

On April 13, Presidents of Russia and the U.S. had a phone call. According to later statements, Biden proposed to hold a summit in a third country. Later, Biden explained that he offered Putin to meet in Europe this summer.

On Monday, Kremlin spokesman Dmitry Peskov said the meeting was being planned for this summer, but did not provide any specific dates or locations.