At least 12.5 percent of Moscow residents have developed antibodies to Covid-19, the city authorities have said, after taking samples from 50,000 people. It’s just the beginning of a massive survey that will see millions tested, RT reports.

Some 6,250 among those sampled were found to have antibodies of immunoglobulin G in their blood, which means that they are immune to coronavirus infection, the head of Moscow’s health department Aleksey Khripun said. Those are the people who were infected with Covid-19 but were either asymptomatic or had a light form of the disease and weren’t diagnosed.

The free testing program for coronavirus antibodies kicked off in Moscow a week ago. It’s being conducted by random sampling, with citizens of various ages and from different parts of the city invited to donate blood in one of 30 medical facilities.

The sample of 50,000 people is already quite large, but it’s actually only the first step in a massive survey as the city authorities plan to test from three to six million residents for Covid-19 immunity.

“This unprecedented number of tests will show how population immunity is formed and how it subsequently behaves,” Khripun pointed out. This data will be especially important during the second wave of the pandemic, which “will likely happen,” he added.

The survey numbers in Moscow are comparable to those of some other major European cities. One of them is Madrid, which has a population of more than three million. According to local medics, between 10 and 14 percent have developed Covid-19 immunity in the Spanish capital.

Moscow is the largest city in Europe, populated by more than 12 million people. Major urban centers were hit hardest during the pandemic, and the Russian capital was no exception. The city has so far recorded more than 158,000 confirmed Covid-19 cases and 1,934 fatalities, more than anywhere in Russia. Some 43,500 have successfully recovered from the disease. 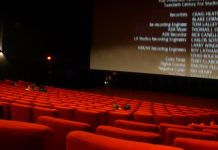 Labor Ministry to Simplify Procedure for Assigning and Paying Pensions

Sberbank Has No Plans for Loan Write Off