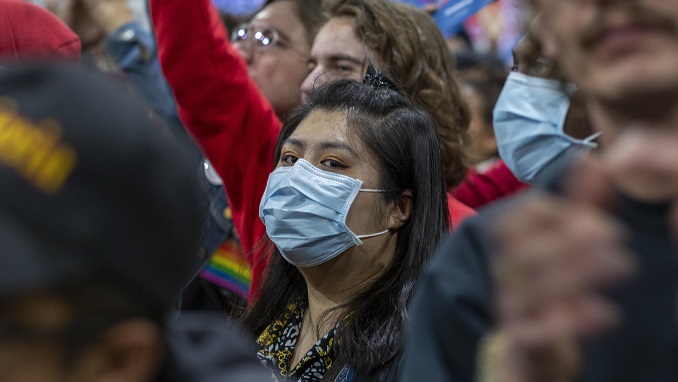 Moscow authorities will oblige residents to wear masks and gloves in the subway and other public transport, Moscow Mayor Sergei Sobyanin said in an interview with Rossiya-24, as reported by Vedomosti.

Sobyanin said that the obligation to wear masks and gloves in the subway was introduced on May 12. Self-isolation mode will not be loosened.

According to a Vedomosti source close to the city hall, the “mask regime” will be introduced from May 12, not only in the metro but throughout the city. Citizens will be required to wear a mask every time they go outside. Gloves will only need to be worn in buildings and public transport. The regime of self-isolation can be extended until May 31. The decree on the extension of the isolation regime has not yet been published.

Sobyanin said that the level of coronavirus infection in Moscow is much higher than official figures. According to screening studies, 2–2.5% of the Moscow population has COVID-19, that is, about 300,000 people are actually infected with coronavirus in Moscow. According to him, Moscow in a week doubled to 40,000 the number of tests for coronavirus and “outdid New York for detectability.” In New York, only severe patients are taken into account, but the actual scale of infection is 50-60% of the entire population of the city, that is, about 4-5 million people, Sobyanin noted.