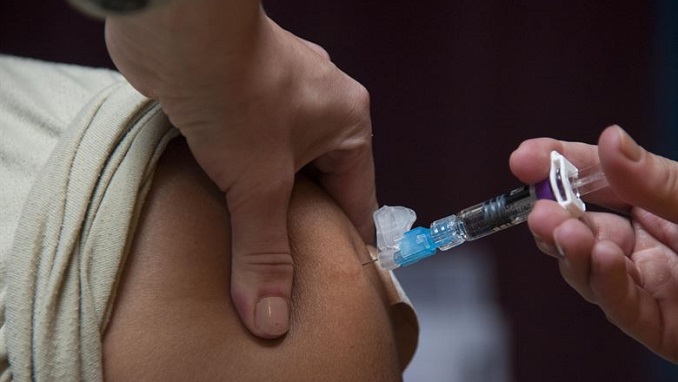 Russia has resumed the vaccination of new volunteers in its trial for its flagship COVID-19 Sputnik V vaccine after a short pause, staff at six of 29 trial clinics said, as Moscow moves to accelerate plans to inoculate the population, Reuters reported.

At the end of October, eight clinics told Reuters that the trial had been temporarily paused for new volunteers, with some clinics citing high demand and a shortage of doses.

Alexander Gintsburg, director of the Gamaleya Institute, which developed and manufactures the vaccine, said at the time that the uptake of new volunteers had only slowed because of a decision to focus on giving those already vaccinated a second dose.

“Vaccination has resumed. Starting on Monday, we are doing the first component (of the two-dose jab) again,” a staff member at Moscow Clinic Number 46 told Reuters this week.

“We have resumed vaccination. Quite a lot of people come to get inoculated,” one health worker at Clinic number 170 said.

As of Nov. 11, more than 20,000 volunteers had received the first of the two shots, and over 16,000 volunteers the first and second doses, according to the Russian Direct Investment Fund (RDIF). Vaccine developers intend to give the vaccine to 40,000 people initially.

RDIF, which is backing and marketing the vaccine, said clinical trials were never stopped.

“The number of first shots was decreased to narrow the gap and to vaccinate more people with the second shot … There is no shortage of doses,” an RDIF spokesperson said.

More than 19,000 participants had received both shots so far, he said.

Alexei Kuznetsov, an aide to the health minister, said: “The clinical trial is going according to plan. At the same time, a trial involving volunteers aged over 60 is continuing.”

Russian officials and vaccine developers have previously flagged challenges in ramping up output of Sputnik V, and initial estimates of 30 million doses to be produced by year-end were revised down last month by the industry minister to just over 2 million doses.

President Vladimir Putin said in October that Russia was facing challenges scaling up production due to problems with equipment availability, but hoped to start mass vaccinations by the end of the year.

No Deal in Sight as Russia-Belarus Oil Crisis Continues