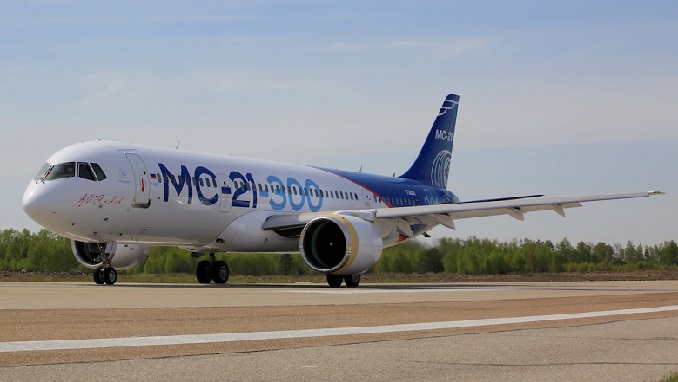 Aeroflot is leasing the aircraft from Avia Capital Services (ACS), the leasing arm of state-owned Rostec Corp. According to Aeroflot, the planned timeframe for delivery runs from the first quarter of 2020 to third quarter of 2026, subject to amendment and extension.

It is to take the aircraft through a leasing arrangement with state corporation Rostec’s Aviakapital-Servis division.

Half of the 50 jets will be fitted with the Pratt & Whitney PW1400G powerplant.

Aeroflot is the largest airline of the Russian Federation, operating domestic and international flights and services, mainly from its hub at Sheremetyevo International Airport. After the dissolution of the USSR, the carrier has been transformed from a state-run enterprise into a semi-privatized company that is 51%-owned by the Russian Government.

Russia Records 9,200 New Cases of Coronavirus in One Day

French Companies Have no Intention of Leaving Russia, Expert Says