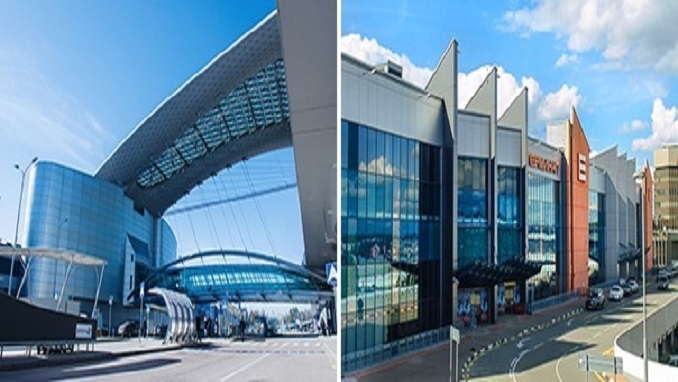 Sheremetyevo Airport plans to serve more than 46 million passengers in 2018, a 14.6 percent increase compared to 2017, the Chairman of Sheremetyevo’s Board of Directors Alexander Ponomarenko said in an interview with Vedomosti.

Ponomarenko, a Russian billionaire and business magnate who made his fortune in banking, sea ports, commercial real estate and airport construction, explained how Sheremetyevo Airport will develop over the next few years during the first business week of 2018.

“I’d like to mention the year 2017 first. It was an important year, because that 40-million mark propelled us past a milestone in our development and into a new category – that of one the world’s busiest airports according to the Airports Council International.” Ponomarenko notes.

According to Ponomarenko, Aeroflot has provided its hub airport with most of the growth. Additionally, the Airport has attracted eight new airlines as well, among which are leading Chinese companies that will give Sheremetyevo significant growth in the future.

“We have built and will soon commercially commission Terminal B with its 20 million passenger capacity and a walkway between terminals (passenger and baggage tunnels) to connect the airport’s northern and southern areas. These large-scale infrastructure projects will let us further build up our transit capacity and welcome visitors to the World Cup in the best possible way.” Ponomarenko stated.

“Based on our budget for 2018, we are planning to serve 46 million passengers – 14.6 percent increase compared to 2017. A further growth of Aeroflot and other partner companies will provide 10 percent of this target amount, and we are planning to obtain the rest by engaging new air carriers. Our new facilities make it possible to comfortably host new airlines.” he continued.

While Sheremetyevo’s development strategy expects it to be able to handle up to 80 million passengers by 2026, Ponomarenko points out that the company has created a comprehensive financial model that can support this.

“It begins, of course, with transit; CAPEX is calculated afterwards. We requested their development plans from all our partner airlines. We assessed their feasibility based on how they grew before, whether they factored in the acquisition of new planes, where they get their resources, where they are going to fly to, what destinations they are going to develop and how feasible those new destinations are. Then we made our decisions. Also, we count on the arrival of new airlines.” Ponomarenko added.

From these figures, foreign consultants were able to conduct expert analysis of the financial model and the CAPEX and helped the company obtain its traffic targets for 2026.

According to Ponomarenko, the company is also planning to get the bulk of its growth from transit passengers of Aeroflot and other airlines. “Since the Southeast Asia to Europe traffic amounts to 66 million passengers a year, we are seeing a prospect of growth for our partners in this direction.” he says.

Consumer Prices in Eurozone Rise to a Record Level

Gazprom to Sell Stake Worth $3.3bn in Second Offering This Year