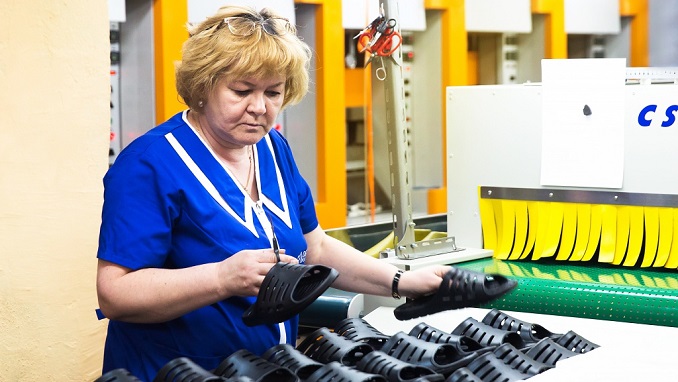 Billionaire Mikhail Prokhorov’s group, Karyo Holdings, has sold its entire 15.625% stake in Russian shoe producer and retailer Obuv Rossii, Intellinews reported. The buyer of the shares or the amount of the deal were not immediately disclosed.

Prokhorov bought a stake in a private equity deal between the company’s first and second attempts to IPO and made a very successful speculative investment in the shoe producer and retailer.

Obuv’s offering is priced in the mid-market and focuses on the burgeoning middle class living in the Russian regions. The country’s footwear market is in recovery mode and has long-term growth potential as Russians own a fraction of the shoes that their western peers do, the company’s CEO Anton Titov told bne IntelliNews at the time of the rare IPO in 2017.

Titov currently owns a 50% stake in Obuv Rossii. In April, the company provided the store opening guidance for 2019, planning to open 150 new stores. As of the end of March 2019, the total number of the points of sale stood at 756 stores, including 167 franchise stores.

The company more than doubled its IFRS net profit in 1Q19, posting bottom line growth of 161% to RUB217mn (up by 126% to $3mn in US dollar terms). Ebitda was up by 77% y/y, with both net profit and earnings beating consensus expectations for the reporting quarter.

Since 2016 Prokhorov has been selling off his assets in Russia after an alleged “imperative recommendation” from Kremlin.

According to business newspaper Vedomosti, the billionaire’s downfall was linked by to Prokhorov’s short-lived political ambitions in 2012. Investigations by his RBC media holding that were hostile to President Vladimir Putin and his family, and the conflict his team in Quadra had with the notorious oilman and Rosneft CEO Igor Sechin, also contributed to the businessman’s hardships, Intellinews writes.