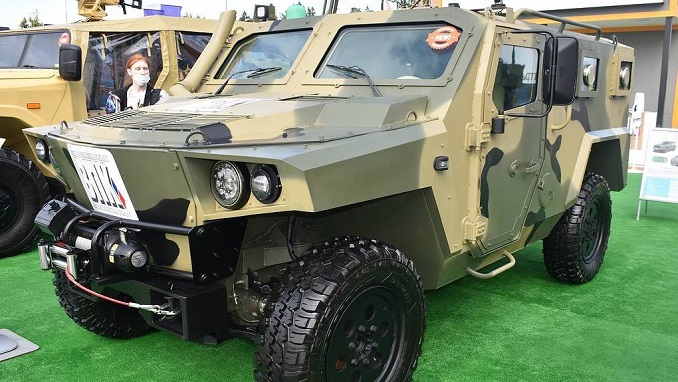 “The Strela car line is being developed in compliance with the Defense Ministry research and development work. Currently, the line includes six vehicles, two of which – a base armored car and an amphibious armored car – are ready. The series will also include a multipurpose non-armored car, making it possible to update the park of universal off-road vehicles of the Russian Army,” Krasovitsky said.

According to the official, the Strela family will also include a light buggy for special operations forces, as well as armored and unarmored chassis for deployment of various weapons and systems.

He disclosed that Strela is cheaper than the Tigr armored vehicle due to use of commercial parts.

“Due to wide use of parts from commercial cars, the Strela vehicles could be services and repaired at the vast car service station network,” Krasovitsky added.

He disclosed that VPK developed the Strela base car in 1.5 months under the company’s own initiative.

The vehicle family was first presented at the Army 2020 military forum in the Moscow Region’s Kubinka.

Import Substitution of 80% Of Medical Products Could Create 100 Thousand...

QR Codes To Be Reintroduced in Some Russian Regions