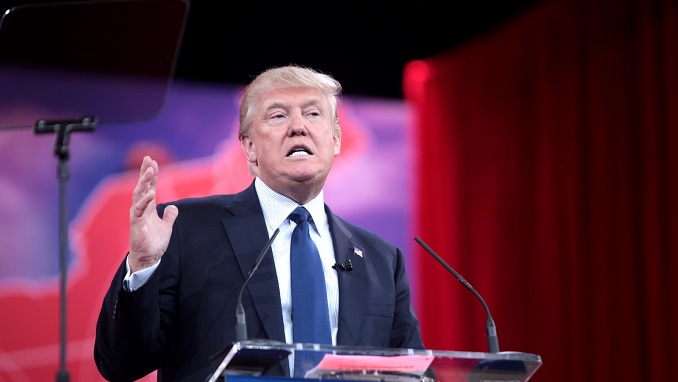 A U.S. steel mill importing slabs from Russia is among the victims of planned tariffs on steel imports proposed by President Donald Trump, the company’s union leader says.

Both operations would be severely hurt if the tariffs are slapped on all steel imports, company and union officials told the Sharon Herald.

The Steelworkers say they are not opposed, in principle, to a 25 percent tariff on steel imports.

“But it should be applied to overseas companies that have been dumping steel here or manipulating their currency for years,’’ Day said.

“This was supposed to be about China dumping their steel here and manipulating their currency,” Day said. “That’s what we thought we were going with.’’

NLMK buys Russian-made steel slabs, which are shipped to the Farrell plant and rolled into steel coils. These coils are then shipped to Sharon Coating and NLMK customers. Under the president’s proposal, those Russian slabs would be hit with a 25 percent tariff upon entering the U.S.

“We want to create jobs, not get rid of them,’’ said Mick Lang, an NLMK steelworker.

In his estimation, tariffs would give a huge edge to one of NLMK’s competitors.

“From what Trump’s saying, he won’t have the tariff on steel coming from Canada and Mexico,’’ Day said. “That would mean our competitor could have their steel shipped to Canada, have their Canadian plant roll it and then bring it back into the U.S. without any tariffs.”

NLMK doesn’t have a Canadian rolling mill that can do that, he added.

“We got hurt with all that China did, and now we’re getting kicked in the teeth again,’’ Day said.