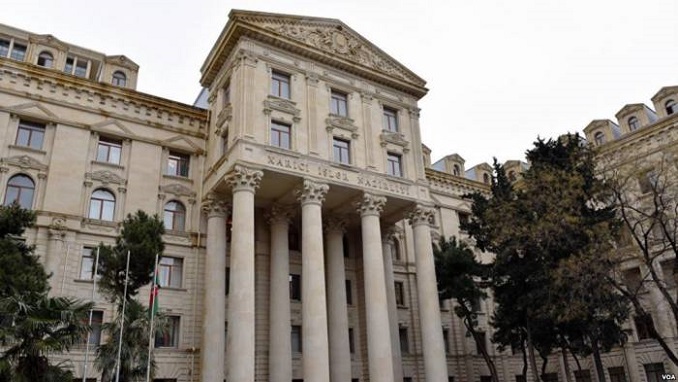 Reports in certain mass media about the recall of Azerbaijani ambassador to Russia Polad Bulbuloglu are groundless, the Foreign Ministry of Azerbaijan says on Sunday, according to TASS.

“Reports of certain news media about the recall of the Azerbaijan’s ambassador to Russia are contrary to facts. We remind that appointment and recall of country’s ambassadors in foreign states is the prerogative of the President of Azerbaijan,” the Foreign Ministry said.

The ambassador made an ambiguous remark during the online briefing on Thursday, when commenting on the incident with the Russia Mi-24 helicopter shot down in Armenia. The Russian Foreign Ministry said in this regard that it assumes Baku will not allow itself making any oblique statements in connection with the tragic incident.

The Russian Mi-24 helicopter was downed over Armenia near the border with Azerbaijan on November 9. Two crew members were killed and another one was injured. Azerbaijan’s Foreign Ministry later claimed responsibility for the crash, informing that its Armed Forces had downed the Russian helicopter by mistake and offered to pay damages.

Armenian Forces Must Immediately Be Remove from Azeri

Russia Plans to Raise Legal Drinking Age from 18 to 21