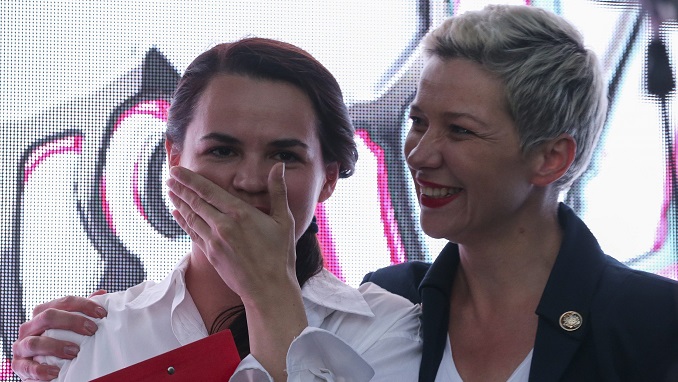 Belarus’s opposition leader on Thursday said she was putting together a list of law enforcement personnel responsible for beatings and arbitrary arrests for possible future prosecution, The Moscow Times reported.

“I urge the security forces to stop the violence and join the Belarusian people. If you do not, you will not escape a fair trial and punishment,” Svetlana Tikhanovskaya said in a statement.

Tikhanovskaya has claimed victory in an Aug. 9 election against President Alexander Lukashenko, claiming he rigged it to further his 26-year rule.

She fled to Lithuania in the days after the vote amid unprecedented anti-government protests that have rocked the former Soviet republic. Tikhanovskaya said she was working on the list with a team of human rights campaigners.

“We are preparing a list of those officials and law enforcement personnel who took part and are continuing to take part in police abuses.

“We will send this list to Ukraine, Turkey, Russia, EU member states and the United States. The list will be published,” she said.

The European Union is preparing sanctions later this month against those it holds responsible for rigging the vote and cracking down on protests.

The Baltic states of Estonia, Latvia and Lithuania have already blacklisted Lukashenko and 29 other high-ranking officials from the Belarusian election commission, ministries and police.