The Kremlin said on Wednesday it remained committed to extending the New START nuclear arms control treaty with the United States and would welcome efforts promised by the administration of U.S. President-elect Joe Biden to reach agreement, Reuters reports.

The New START (Strategic Arms Reduction Treaty) accord, which was signed in 2010 and expires in February, limits the numbers of strategic nuclear warheads, missiles and bombers that Russia and the United States can deploy.

“Russia and its president are in favor of preserving this agreement,” Kremlin spokesman Dmitry Peskov told reporters on a conference call. “If our American colleagues will in fact demonstrate a political will to preserve this pact by extending it, this can only be welcomed.”

Biden’s choice for secretary of state, Antony Blinken, said on Tuesday that the incoming U.S. administration would seek to extend the pact and decide how long an extension to pursue.

Russian President Vladimir Putin last year called on Washington to extend the last major nuclear arms pact between the two countries for a year without any conditions.

A failure to extend New START could fuel a potential arms race and tensions between Moscow and Washington. 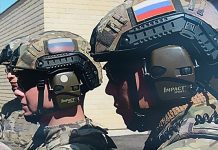 Fighting Big Tech’s arbitrariness in the Internet and protection of the countries’ digital sovereignty need to be discussed on the international level, Speaker of...

The price of Bitcoin gained 5.1% during the trading session on Monday and reached $51,302, according to CoinDesk portal trading data, TASS reported. The cryptocurrency...