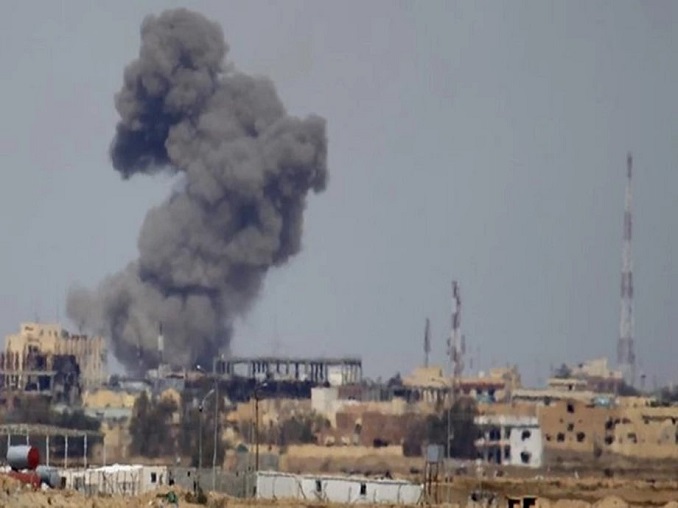 An alleged suicide bomber has attacked a security service building in the southern Russian republic of Karachayevo-Cherkessia, injuring at least six, Sputnik, and authorities reported Friday.

Russia’s National Anti-terrorism Committee (NAC) said the unidentified bomber detonated himself while authorities attempted to detain him in the village of Uchkeken some 1,500 kilometers south of Moscow. It said six law enforcement officers were “slightly injured” and were receiving medical care.

Graphic video shared by the Baza Telegram channel showed a blurred body lying next to a building entrance surrounded by blood and debris.

The outlet, which is believed to have links in Russia’s security services, reported that the suicide bomber detonated his device outside the regional Federal Security Service (FSB) headquarters.

The FSB officers had reportedly been inspecting an initial “small” blast outside the building for several hours when the assailant got out of a passing car and blew himself up.

Baza reported that five FSB officers and one bystander have been hospitalized with shrapnel wounds.

“The man presumably espoused the views of extremist groups,” Interfax quoted an unnamed source as saying, adding that the bomber was heard shouting “Allahu Akbar” (Arabic for “God is Great”).

Karachayevo-Cherkessia is one of seven mostly Muslim-majority regions in Russia’s North Caucasus which have been plagued by violence two decades after separatists were defeated in nearby Chechnya.

Earlier this week, the FSB and the NAC said they had prevented 41 terrorist attacks so far in 2020.

Lavrov: US Departing Afghanistan Is Clear Sign of Their Mission’s Failure