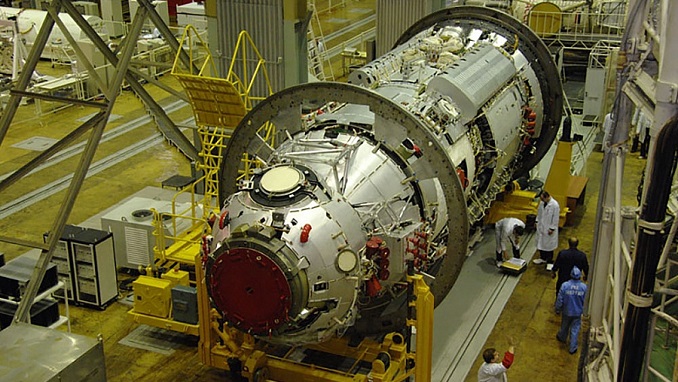 The Nauka multi-functional laboratory module planned for its launch to the International Space Station (ISS) in 2021 has been delivered to the Baikonur spaceport, Russia’s State Space Corporation Roscosmos announced on Wednesday, as reported by TASS.

“Today, on August 19, 2020, the Nauka module whose launch to the International Space Station is scheduled for the spring of 2021 has arrived at the Baikonur Cosmodrome,” Roscosmos said in a statement.

A total of 14 railway cars were used to deliver the Nauka research module and the required equipment to the Baikonur spaceport, Roscosmos specified.

Specialists of the Energia Space Rocket Corporation and the Khrunichev Center will now hold the manufacturer’s control and measurement tests of the new module, its electrical trials and a fit check of fastening means of large-size objects.

Roscosmos Chief Dmitry Rogozin earlier said that the Nauka research module was opening the way for further building up Russia’s presence on the ISS. The launch of the Nauka module to the orbital outpost was planned for April 2021, he specified.

The Russian Space journal issued by Roscosmos earlier reported that the module would be sent into orbit towards the International Space Station in the second quarter of 2021. Roscosmos Executive Director for Science and Long-Term Programs Alexander Bloshenko told TASS in April that an experiment would be carried out in the module to create crystals for the latest infrared sensors for their use on satellites of the Sfera orbital grouping. An experiment to develop embryos in quail eggs is also planned to be conducted in the module.

The module’s construction began in 1995. Russia initially planned to launch the Nauka lab to the ISS as a back-up of the Zarya compartment (the station’s first module that continues its flight as part of the orbital outpost) but the launch was numerously delayed. In 2013, the Nauka module was sent to the Khrunichev Space Center after metal chips were found in its fuel system.

The Nauka multi-functional laboratory module can generate oxygen for six people and regenerate water from the urine. The Nauka will provide a second toilet for Russian cosmonauts (the first is located in the Zvezda module) and a room for the third crewmember. It will also use the European Robotic Arm (ERA) that will help perform some operations without spacewalks.

India to Use Russian Crude as Substitute for Iranian Oil