US B-52H strategic bombers have again been spotted near Russian borders, forcing its Baltic Sea Fleet’s Su-27 fighter jets to take to the skies and monitor their actions, the Russian Defense Ministry stated.

Video released by Moscow showed all stages of the ‘intercept’ – from the pilot in full gear rushing towards his jet to the Su-27s gaining on the American nuclear-capable bombers and “foreign surveillance planes” above the neutral waters, Russia Today reports.

NATO aircraft have frequently been spotted close to Russian airspace above Baltic and Black Sea frontiers in recent years. The flights, which Moscow deems provocative, have intensified since 2014, when Russia reabsorbed Crimea and a military conflict broke out in eastern Ukraine.

“The violation of the state border was prevented,” the statement by the Defense Ministry read, adding that the Russian planes carried out their mission in strict accordance with international rules on the use of airspace.

The US and NATO aircraft which approached Russia’s airspace were taking part in the Baltops 2020 exercise, the ministry pointed out.

The drills in the Baltics gathered 28 vessels, 28 planes and up to 3,000 personnel from 19 NATO member-states, including the US, UK, France, Germany and Canada. The week-long wargames, which conclude on Tuesday, focus on air defense, anti-submarine warfare, maritime interdiction, and mine countermeasure operations. 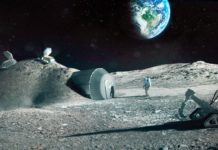 Manturov: Grocery Stores Will be Open During Non-working Week

Putin: Trade Turnover Between Russia and Israel Grows by 50%

The rapid rise in food prices could force the Russian government to introduce food stamps for the country's low-income citizens, Russian media reported. This is...

The Russian government has approved a draft decree concerning the payment of benefits for compulsory social insurance, local media reported. According to it, the Social...

Moscow and the Moscow Region are the leaders among the regions in terms of the volume of loans taken, Russian media informed. In these regions,...

The conclusion of long-term contracts with Russia for gas supplies is beneficial to the EU countries and it is necessary to return to this,...

QR Code System in Petersburg Could Cause a Big Decrease in Attendance of Restaurants...

From December 1, St. Petersburg restaurants and shops can only be entered using a QR code, which proves that a person has either recently...

Watch Beyond the Boundary (Dub) Episode 12