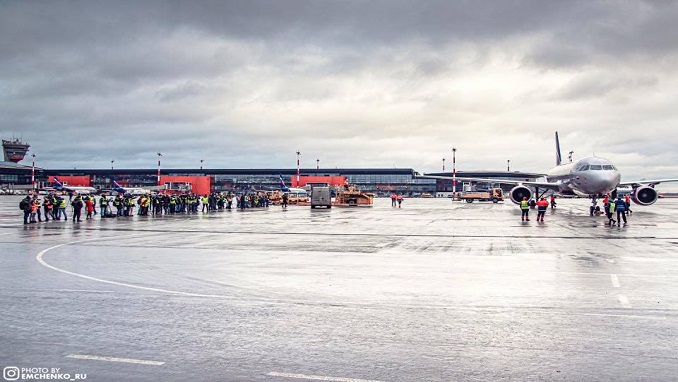 Sheremetyevo International Airport’s new passenger terminal – built and equipped in compliance with the highest global standards – was officially unveiled to the public last week. The new Terminal C was built as part of the Long-term Airport Development Program and has the capacity to accommodate 20 million passengers per year.

According to the Chairman of the Board of Directors of JSC “Sheremetyevo International Airport”, Alexander Ponomarenko, international flights to the new Terminal C will be transferred gradually during the year.

“All international flights of the primary carrier will not be transferred to the new Terminal C. Its capacity is 20 million passengers per year, the capacity of Terminal B, which accommodates Aeroflot domestic flights, is also 20 million. At the same time, Aeroflot carries almost 40 million people. The level of services will decrease if we reach full capacity. Therefore, it is still more convenient for Aeroflot to leave part of its international flights at Terminal F. Flights to Terminal C will be transferred gradually during this year,” Ponomarenko told Vedomosti in an interview.

“Since the transfer will be smooth, Terminal C plans to receive about 7.3 million passengers this year,” he added.

The new terminal has a unique interior and technological design, made in the style of Russian Constructivism.

“The main feature that distinguishes this trend from others in architecture is the design and functional purpose of the artistic image. The main idea is reflected in the design of the floor, ceiling, walls, and columns. Natural granite and marble slabs, frosted and transparent glass with backlighting, various wall panels, as well as natural and artificial landscaping are used in the decoration of the interior,” Ponomarenko points out.

The terminal complex comprises the main seven-floor passenger terminal building with a total area of 127,375 square meters, a control tower to supervise aircraft ground movement and a roofed six-level parking lot for 2,500 vehicles that is connected with the terminal via a pedestrian crossing.

The airport is the eighth busiest airport in Europe, with more than 49.9 million travelers using its terminals last year.

sites to watch anime. Aniwatch Anime is another website offering audience to watch anime for free and viewers so far are quite impressed with the user-friendly interface