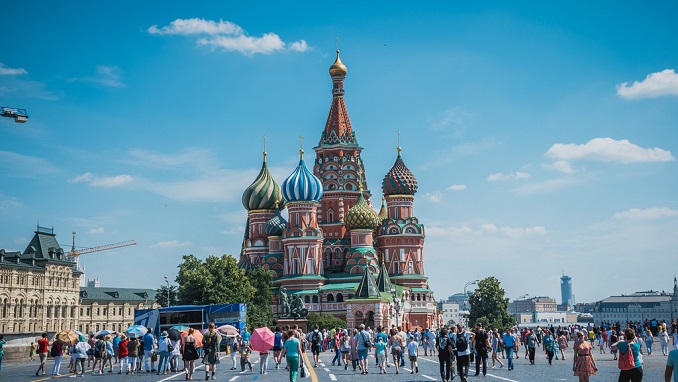 The Russian government has ambitious plans to invest around $1.6 billion in the next few years to attract more tourists and become one of the world’s top 10 travel destinations. The latest incentives include eased visa restrictions and tours off the beaten track, AFP writes.

Nearly 25 million tourists visited Russia last year, making it the world’s 16th most popular destination, according to the World Tourism Organization. They largely came from the ex-Soviet bloc and China and mostly visited Moscow and St Petersburg.

A year after the country successfully hosted the soccer World Cup, Russia is looking for new ways to attract international visitors with the goal of more than doubling tourism revenues to $25 billion by 2035.

“Young people will now be able to see Russia in a way their parents could not,” Maya Lomidze, executive director of the Association of Russian Tour Operators (ATOR), told the French news agency.

Russia’s rich cultural heritage and its spectacular scenery ranging from subtropical Black Sea resorts to Siberia’s Lake Baikal and the volcanoes of Kamchatka make the country an obvious draw for visitors.

But the difficulty of obtaining visas, a lack of contemporary-style accommodation and transport links outside the main cities still put off many visitors.

During last summer’s World Cup, Russia offered visa-free entry for international fans and Lomidze said the tourism sector had hoped for a substantial boost from the tournament played in 11 Russian cities.

“But the effect of the World Cup was practically reduced to zero by the eternal problems with visas,” she said.

Apparently aware of the problem, President Vladimir Putin has ordered the government to introduce electronic visas, which are free of charge and issued quickly, for citizens of a number of countries.

Electronic visas will come into force in October for stays of up to eight days in the former imperial capital of Saint Petersburg and the surrounding region, though Russia has not yet said which countries’ citizens can apply.