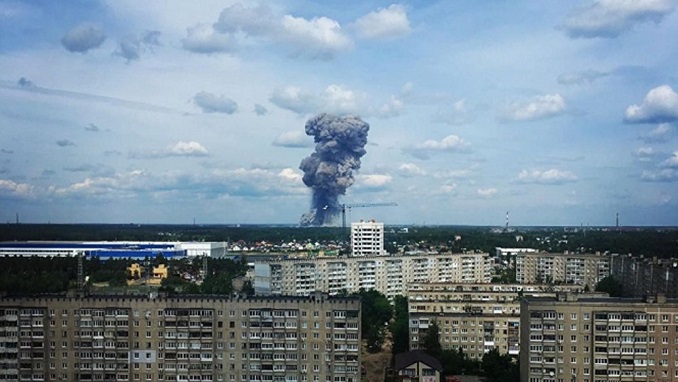 Eighty-nine people have been injured in an explosion in a plant manufacturing explosives in Russia, the country’s health ministry has said, according to Euronews.

The blast took place Saturday at the Kristall state research institute in Dzerzhinsk, 400 kilometers (250 miles) east of Moscow. An investigation is underway but the cause of the blast has not been determined.

The ministry said 38 employees at the plant and 41 local residents sought treatment after the blast. It said 15 were hospitalized, one in serious condition.

Dmitry Krasnov, deputy governor of the region that includes Dzerzhinsk, said earlier on state TV that two people were missing in the blast, but later said that information had not been confirmed.

The plant, which is Russia’s sole manufacturer of HMX and RDX high explosives, is used to make Russia’s giant Aviabomb FAB-500, a non-nuclear general purpose, air-dropped bomb with a 500-kilogram high explosive warhead.

“A fire broke out in one of the enterprise’s buildings. The plant’s services worked quickly and managed to evacuate the personnel on time. As a result of the explosion that followed the fire, [the building] was damaged,” said a spokesman at the plant.