Home Agriculture $220mn Greenhouse to be Constructed in Voronezh 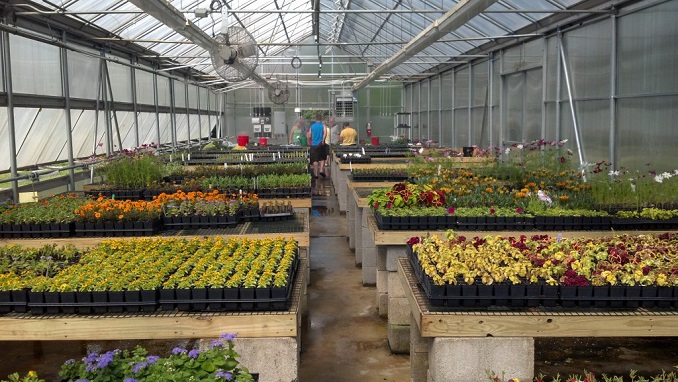 Authorities in the Voronezh region are planning to build a greenhouse complex in the Bobrovsky district for the closed-soil cultivation of vegetables with an investment of about $220 million, RIA news agency reported citing a statement on the regional government’s website.

“The construction of a high-tech greenhouse complex for growing vegetables, Voronezh, by the company APH Eco-Culture is planned in the Bobrovsky district of the Voronezh region on a land plot with a total area of 60.5 hectares, with investments amounting to about 14-15 billion rubles, while at least 1 thousands of new jobs,” the regional government reported.

According to the administration of the region, the first stage of the greenhouse complex will be built on an area of 20.5 hectares by the summer of 2020.

The agro-industrial holding Eco-culture was established in Stavropol and grows around 100 thousand tons of vegetables annually. The company has greenhouse complexes with a total area of 145 hectares in Stavropol, in the Lipetsk and Leningrad regions. It owns packing plants, a wholesale logistic company, and distribution centers.

Russian greenhouse vegetable production has been on the rise in recent years since sanctions from the U.S. and the EU against Moscow prompted the Kremlin to respond with a ban on Western food imports.

According to data provided by agricultural companies, greenhouse vegetable production in August 2018 has amounted to 665.4 thousand tons, which is 20.7% higher than the same period last year (550.9 thousand tons).

Telecom Firms in Russia Could Be Forced to Use Domestic SIM...