Home Agriculture Russia Imports 90% of Its Bananas from Ecuador 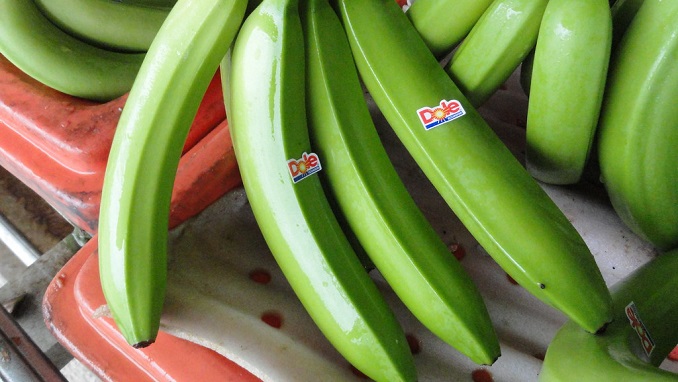 The WorldFood international food fair, held this week in Moscow, has highlighted the importance of Ecuadorian bananas within the Russian market, Moscow 24 reports.

According to Sandra Monroy, manager of the Ecuadorian company Frutadeli, Russia accounts for 22% of Ecuador’s banana exports. The country receives more than one million boxes of Ecuadorian bananas per week, which accounts for more than 90% of the total import of bananas.

Meanwhile, Sergey Svanidze, the director of purchases of the Russian fruit importing company Aibarus which mainly imports bananas from Ecuador, believes that this country has the highest quality fruit. “This means that it better withstands long-distance transportation,” he said.

Jomara Masache, of the commercial office of Ecuador in Moscow, highlighted the importance of the Russian market, especially for the fruit and banana sector. “Right now, Ecuador is the second-largest trading partner for Russia in Latin America, only after Brazil,” she said. Masache said that this year, Ecuador was present at the WorldFood with seven exhibiting companies in the fruit sector, both fresh and processed products.

The official added that Ecuador had a wide exportable offer and that Russia was a very powerful market, which is why they are working hard to enter new products into this market and increase the volume of exports. Masache referred to innovative products, such as snacks made from banana, which will soon be available in Russian markets. “The first container of Ecuadorian chiffons (fried green plantain) will arrive to Russia in October,” she said.

Latin American countries have a fairly large potential for agricultural production, said Svanidze, who added that this was a good situation for them and that they had taken advantage of the opportunity of the food embargo with which Russia responded to the sanctions of the United States and the European Union.

WorldFood is being held in Moscow from September 24 to 27. It is one of the largest exhibitions of world-class food products in Russia and it is considered a historic event in the country’s food market.