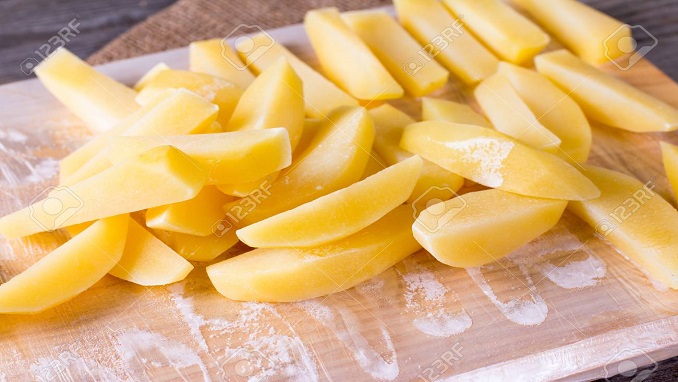 Despite the fact that potato prices in Ukraine are in steep decline, this has so far not been enough to stop the huge flow of Russian imports into the country, East-fruit.com reported earlier this month.

Analysts say that, over the past six to eight weeks, wholesale potato prices in Ukraine have fallen by 27-30%, so now you can purchase them in bulk for even 7 UAH / kg (about 30 U.S. cents per kg).

At the same time, potato growers in Russia and Belarus are still willingly selling their potatoes on average two to two and a half times cheaper than Ukrainian ones.

“With such a difference in price, traders will continue to import potatoes from Russia and Belarus, because it is profitable,” said Alexander Khorev, head of Vegetables and Fruits at APK-Inform.

The Ukrainian Fruit and Vegetable Association (UPOA) has estimated the volume of potato imports in Ukraine since the beginning of the season at about 200 thousand tons. “We noticed a slowdown in imports in November due to a reduction in the profit margins and an excessive volume of low-quality imported potatoes, but the trade is still very active at the moment,” said Katerina Zvereva, Director for Development of the UPOA.

“I estimated the share of imported potatoes in the retail trade in October-November to have reached almost 50%, and most of our potato growers have only about 4 months left to sell their stocks. Therefore, I would not rule out the possibility of a further decline in the wholesale price of potatoes in December, and if this does not happen, prices may then collapse in March-April,” said Andrei Yarmak, economist at the Investment Department of the Food and Agriculture Organization of the United Nations (FAO).

AnimeFreak DARLING in the FRANXX

Russia, U.S. Finding Their Way to Responsible Management of Relationship