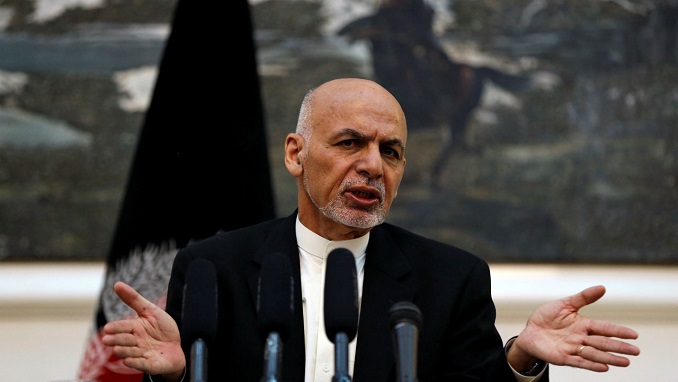 Regional leaders on Friday launched construction work on the Afghan section of an $8-billion (€6.5-billion) natural gas pipeline from Turkmenistan via Afghanistan and Pakistan to India, The New York Times reports.

Turkmenistan holds the world’s fourth-largest gas reserves but has been heavily dependent on exports to China after Russia cut back imports considerably.

“South Asia is being connected with Central Asia through Afghanistan after more than a century of division,” Afghan President Ashraf Ghani said during the ground-breaking ceremony.

The TAPI pipeline is expected to eventually transport 33 billion cubic meters of gas annually along a 1,800-kilometer (1,125-mile) route from the Galkynysh gas field to Fazilka in northern India near the border with Pakistan.

The United States has supported pipelines to bypass Russia and alleviate former Soviet states’ economic dependence on Moscow. And bringing Central Asian energy to market eases global dependence on Middle Eastern oil. The United States is backing the TAPI line as an alternative to the proposed Iran-Pakistan-India, or IPI project.

While the pipeline will allow Turkmenistan to find new consumers in Asia, it is also being seen as a central plank in ambitious regional development goals as the project is hoped to advance road, rail, and communications networks.

The start of work had been delayed because of problems related to the pipeline crossing Afghanistan.

The pipeline will run for hundreds of kilometers through areas in southern Afghanistan largely controlled by Taliban insurgent fighters. But they have meanwhile signaled that they would not hinder the project.

watch anime free. AnimeHeaven is the best animes online website, where you can watch anime online completely free. No download, no surveys and only instant premium streaming of animes.

DARLING in the FRANXX Episode 23