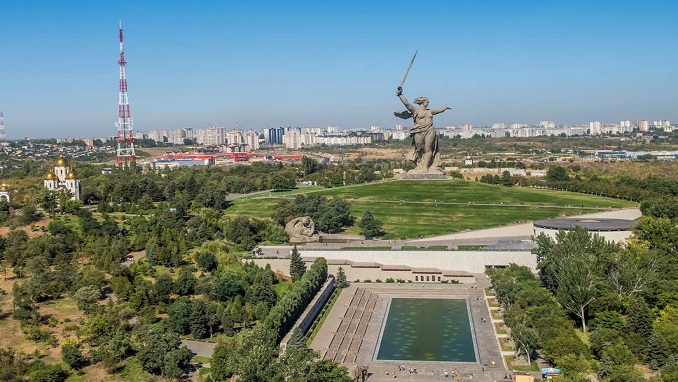 The construction of a 12km-long bypass, already dubbed Russia’s largest road project for the next five years, has been launched by authorities in Russia’s Volgograd Region, Aif.ru reports.

“This project is one of the largest for the next five years [and] I’m not talking merely about money, I’m talking about the scale of the project. It is easy to see: at the moment, three federal highways converge in the city, which makes it impossible to live in,” Russian presidential aide Igor Levitin told reporters.

The Volgograd bypass project is largely aimed at redirecting Volgograd’s huge traffic flow, especially cargo transportation, and moving it outside the city, which is located half-way between Moscow and Russia’s southern regions. The project is also seen as an opportunity to develop the Volgograd territory as a whole, drawing in new businesses and investors.

The cost of it is estimated at 19 billion rubles$290 million, the construction agreement states. Work on the first stage of the road has already started in the Svetloyarsky district of the Volgograd region.

“Preparatory work is currently carried out on a section of the future road, workers are removing the vegetation layer,” head of the Federal Road Agency Andrei Kostyuk told reporters.

The first stage of the bypass, according to federal road agency Rosavtodor, is set to be completed in 2024. It is to include construction of three motorway interchanges and a bridge across the Volga-Don Shipping Canal.

Authorities say the bridge over the canal is the most complex part of the entire project, as they “can only carry out the superstructure sliding during the inter-navigation period,” which starts in December.

The decree for the construction of the Volgograd bypass was signed at the end of 2017. The new transport artery will facilitate the movement of transit traffic coming from Moscow to the Astrakhan Region, Kalmykia, Stavropol Territory, Dagestan, and the ports of the Caspian sea through Volgograd territory.

The MC-21 passenger jet equipped with PD-14 engines produced in Russia will make its first flight by the end of the year, Chief...

The results of a private business survey reveal that China’s manufacturing sector continues to rebound from the coronavirus pandemic, recording the strongest expansion since...

Gold continued its rally amid global pandemic uncertainty, with prices hitting new records to start the week. The price of metal for immediate delivery...

Russia’s oil production in July remained at June’s level, as agreed under the OPEC+ deal, the Russian energy ministry said on Sunday, TASS informed. "Under...

Russia to Extend Duty-Free System to All Cities after Successful Trial:...