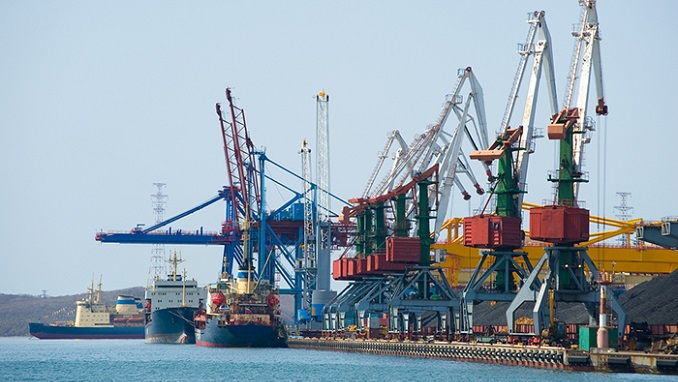 A port in Russia’s Far East could be developed by South Korea in order to help local companies take advantage of its strategic location, the country’s Oceans Ministry said on Monday, according to Yonhap News.

The Ministry of Oceans and Fisheries said it will carry out the feasibility study until September 2019 on the Port of Slavyanka, built in 1970, which borders North Korea and China.

The ministry said the project is aimed at providing essential investment information to Korean companies, which have shown interest in the development of the region.

In October 2017, South Korean construction company Hyundai Engineering & Construction Co. signed a memorandum of understanding with Berkut, a Russian logistics, and tourism company, to cooperate in the port development.

Under President Moon Jae-in’s “New Northern Policy,” Seoul has been exploring ways to step up economic cooperation with the vast Eurasian country in various areas, including energy, shipbuilding, fisheries, and transportation.

The mood of detente in the wake of North Korean leader Kim Jong-un’s recent summits with Moon and U.S. President Donald Trump has raised expectations that cross-border projects that link South Korea and Russia’s Far East can become a reality.