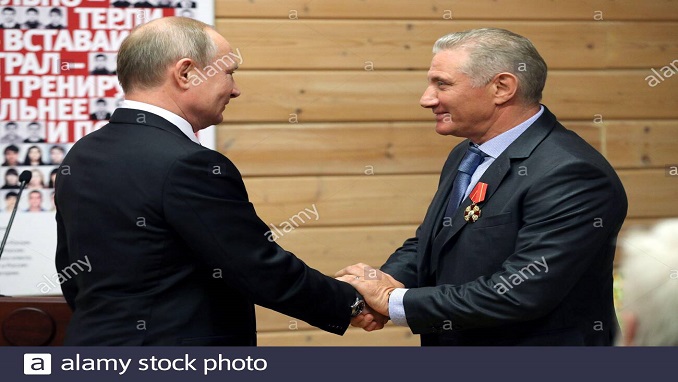 Russian billionaire and associate of President Vladimir Putin, Boris Rotenberg, is suing four Nordic banks for refusing to do business with him, Bloomberg reports.

The oligarch, who is on a U.S. sanctions list, says his status as a dual citizen of both Russia and Finland means banks based in Europe must process his transactions, the news outlet writes.

Jakob Dedenroth Bernhoft, a Copenhagen-based lawyer who specializes in compliance and money laundering issues, says whatever is decided in the Helsinki District Court on Monday will set an important precedent.

“All the other banks will look at this decision from the court for guidance on what to do in a similar situation,” Bernhoft said by phone.

For Nordic banks, the notion that they should be forced to process suspicious transactions seems totally at odds with the current climate. Against a backdrop of money-laundering scandals, regulators have ratcheted up compliance requirements, and banks are under increasing pressure to identify dodgy customers.

There’s a recent precedent of a European bank collapsing after it came under threat of being excluded from the U.S. financial system: Latvia’s ABLV Bank was liquidated in February 2018 after the U.S. treasury department proposed banning it, saying the bank helped process illicit transactions.

In the case of the Nordic banks, Bernhoft says he thinks they will prevail.

“If the banks think the transactions from Russia are dirty money in some way, they are obliged to refuse to receive them,” Bernhoft says.