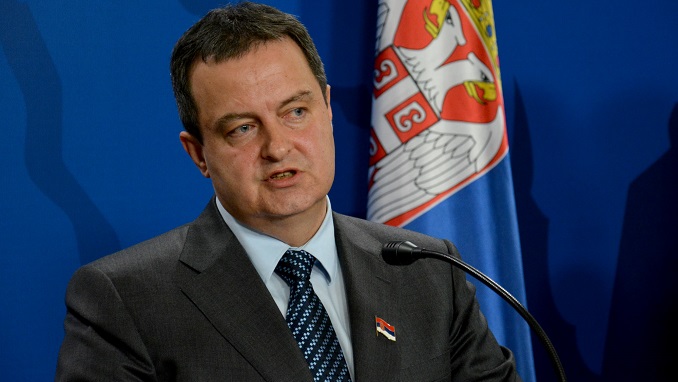 “Serbia offers to hold a publicly announced meeting of Vladimir Putin and Donald Trump in Belgrade,” the minister said, adding that Belgrade is ready to “host a meeting that is important for the whole world.”

“Serbia as a militarily neutral state has a needed potential in terms of foreign policy capabilities to receive presidents of Russia and the United States,” the minister said.

On Tuesday, Putin and Trump agreed in a phone conversation that there was a need for a meeting to discuss the issues on the bilateral agenda.

In October and November 2017, Belgrade served as a neutral platform for Russian-U.S. talks, as Russian presidential aide Vladislav Surkov and U.S. Special Representative for Ukraine Negotiations Kurt Volker discussed the situation in Ukraine there.

Earlier this week, Trump called the Russian president to congratulate him on winning the election. The two leaders discussed the situation in Syria, Ukraine and North Korea, efforts to limit the arms race, as well as a possible summit meeting.

Later, The Washington Post reported with reference to sources in the White House that the president’s statement was a surprise for the administration staff who opposed the suggested meeting and recommended Trump not to congratulate Putin on winning another term as president.