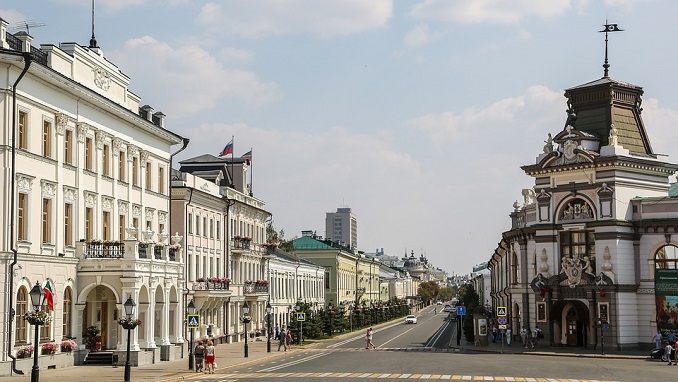 A business mission to Russia by a delegation from the Czech Republic led by Agriculture Minister Miroslav Toman was cut on Thursday after the party said it was refused permission to fly from Moscow to the city of Kazan to meet with local Tatarstan officials, Kommersant reports.

Officials said the delegation waited for 10 hours at a Moscow airport but failed to receive permission to travel to Kazan, after which they returned to the Czech Republic.

“Unfortunately, despite its previous assurances, the Russian side did not keep its promise and did not enable the plane with the delegation to depart for Kazan,” Agriculture Ministry spokesman Vojtech Bily said.

Foreign Minister Tomas Petricek said his ministry had not received an explanation from Moscow why the flight was denied.

Kazan is the capital of Russia’s Republic of Tatarstan, which is about evenly split between ethnic Tatars and Russians and has been the scene of some protests against the central authorities in Moscow.

It was not immediately clear why the flight to the region was not allowed, but several controversies have marked Czech-Russian relations in recent months, RFE/RL writes.

The same day as the Czech delegation’s departure from Russia, the Russian Foreign Ministry blasted plans by Prague’s municipal administration to dedicate a monument to fighters of the so-called Russian Liberation Army, which fought under Nazi Germany’s command during World War II.

The unit was led by Andrei Vlasov, a Red Army general who switched sides and is considered a traitor in Russia. Russian Foreign Ministry spokeswoman Maria Zakharova was quoted by state-run TASS news agency as saying the city’s actions reflected a “gruesome initiative aimed at not just falsifying history but also at reincarnating neo-Nazism, Nazism, and everything that is connected with it.”

Two weeks earlier, the Czech Foreign Ministry summoned the Russian ambassador to Prague after Moscow listed a Czech nongovernmental organization as “undesirable” in Russia. Russia’s Justice Ministry blacklisted the disaster-relief and human rights group on November 12, without explaining what it did to violate “the rights and freedoms of Russian Federation citizens.”