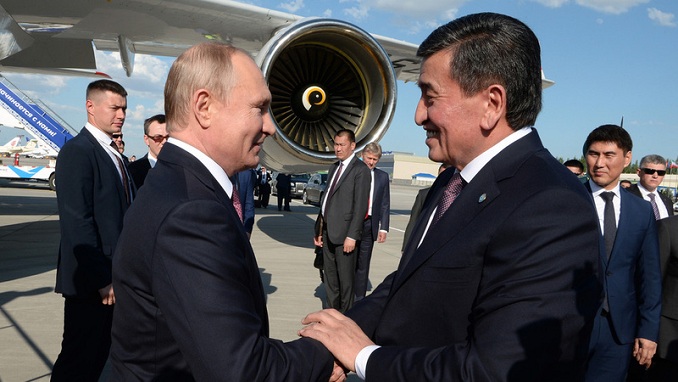 The Kremlin has said that the Putin will also take part in a trilateral meeting with the leaders of China and Mongolia on the sidelines of the SCO summit.

Jeenbekov said after the talks that Bishkek and Beijing have “a common standpoint on the fight against three evils: terrorism, extremism, and separatism.”

Ahead of the summit, Chinese President Xi Jinping said he will have an in-depth exchange of views with Jeenbekov on deepening the China-Kyrgyzstan comprehensive strategic partnership, jointly building the Belt and Road, expanding mutually beneficial cooperation in various areas, and other international and regional issues of common concern, so as to chart the future course for bilateral relations.

500 Russian Tourists Arrive on Goa on First Charter Flight This...