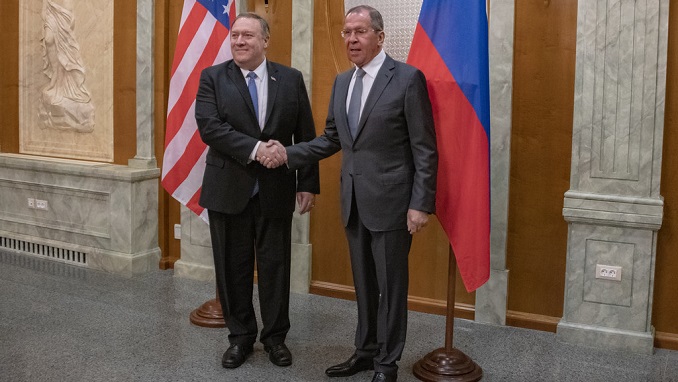 The foreign ministers of Russia and the United States, Sergey Lavrov and Mike Pompeo, have confirmed their positive stance on the creation of a bilateral business advisory council, Russia’s Ambassador to the U.S Anatoly Antonov has said, according to RIA Novosti.

The idea of creating a bilateral business council was first mentioned during a meeting between Vladimir Putin and Donald Trump in Helsinki last year. It was brought up again when the two leaders met in Japan’s Osaka this summer.

“Minister Lavrov and State Secretary Pompeo reaffirmed their positive attitude toward this initiative at a recent meeting [at the UN General Assembly in September],” Antonov said on Sunday at the Fort Ross Dialogue forum in California.

According to the Russian ambassador, despite U.S. sanctions, the American business community has a strong interest in the Russian economy and there has been positive dynamics in trade between the two countries in the past three years.

“It [US-Russian trade] reached $61.1 billion in the first seven months of 2019. And there is an increase in purchases on the part of the United States. The U.S. still has the largest share of direct investment in Russia,” Antonov said, adding that the assets of about 3,000 U.S. companies in Russia are estimated at $85 billion.

Antonov also pointed out that U.S.-Russian cooperation in cybersecurity could help resolve a number of relevant issues.

“We reiterate our proposal to create a cybersecurity [cooperation] group. Professional dialogue in this area will help reduce misunderstandings and current concerns,” Antonov said.

The annual bilateral Fort Ross Dialogue forum is a platform for communication between U.S. and Russian parliament members, as well as cultural figures, entrepreneurs and various experts. It has been organized since 2012.

InterRAO Plans $623mn Spending to Buy Back Own Shares