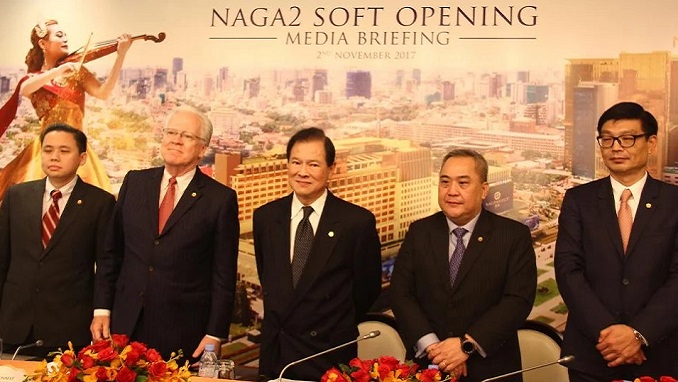 One of the richest people in Malaysia, casino tycoon Chen Lip Keong, is trying his luck in Russia, with his NagaCorp building a $300 million casino-hotel outside Vladivostok, due to open in 2021, Forbes writes.

“I like the entrepreneurial spirit behind the development,” Chen says. Booming growth at his Cambodian casino complex helped push Chen’s net worth up 6% to $5.3 billion, now at No. 4 on the Forbes list of richest Malaysians. NagaCorp’s share price has nearly doubled since November 2017 when the Naga2 extension opened in Phnom Penh.

Chen, 72, has used the monopoly license he won in 1994 to ride Cambodia’s economic re-emergence from decades of war and, more recently, a wave of investment and tourism from China into Cambodia. In 2006, NagaCorp became the first casino operator—and the first Cambodia-based company—to list in Hong Kong; today it has an annual revenue of almost $1.8 billion, up 19% last year, and a market capitalization of 48 billion Hong Kong dollars ($6.2 billion).

A former doctor, Chen got a sweet deal in 1994: a 70-year license that includes a gaming monopoly in Phnom Penh and the surrounding 200 kilometers that was recently extended to 2045 and special tax breaks. “Dr. Chen was in the right place at the right time,” says Michael Zhu, senior vice president at U.S. gaming consultancy Innovation Group.

Chen says his Russian project represents as big an opportunity as he found in Cambodia when he launched Naga in 1994. “The entry costs should not weaken our ability to travel a long journey ahead to see success,” says the billionaire.