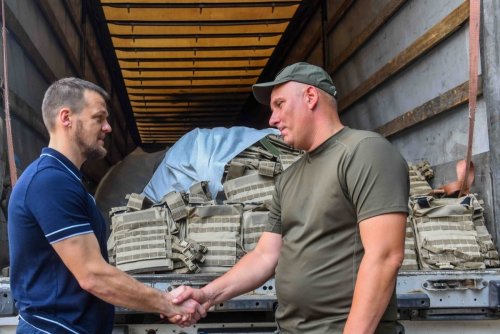 A contemporary drone and 1,500 extra bulletproof vests have been sent by Rinat Akhmetov’s Metinvest Group to the Ukrainian National Guard, a press release writes.

A reconnaissance drone and another shipment of body armor were supplied to members of the Ukrainian National Guard by the Zaporizhstal Steel Plant.

Since the start of the full-scale invasion of the Russian troops into Ukraine, Oleksandr Myronenko claimed that Metinvest’s plants in Zaporizhia have supplied more than 20,000 bulletproof vests to the Armed Forces of Ukraine, the National Guard, the State Emergency Service, the State Border Guard Service, and Territorial Defence Forces. They are body armor of Level 4.

Oleksandr Myronenko claims that the business’ primary objective is to aid the armed forces engaged in front-line combat.