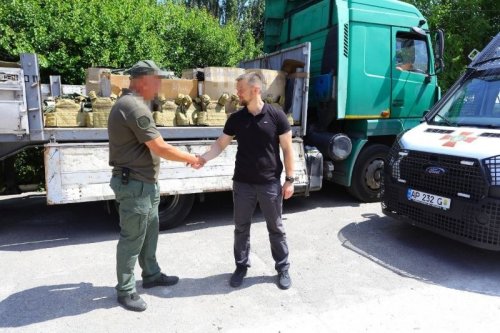 500 additional bulletproof vests have been delivered to the Ukrainian National Guard by the Metinvest Group’s Zaporizhstal facility under the ownership of Rinat Akhmetov and Vadym Novynsky, a press release reads.

Over 2,500 Level 4 bulletproof vests have been delivered to the Ukrainian National Guard by Metinvest Group, according to the press release.

Oleksandr Myronenko, CEO of Zaporizhstal stated that they are delivering another batch of top-notch bulletproof vests to the National Guard of Ukraine units stationed in the Kherson and Mykolaiv oblasts. Protective equipment will be provided to another 500 soldiers.

The CEO claims that they and the commander-in-chief, Andriy Biliayev, have decided on the amount of help needed.

He also said that up to the end of August, their objective is to deliver around 4,000 kits of protective equipment.