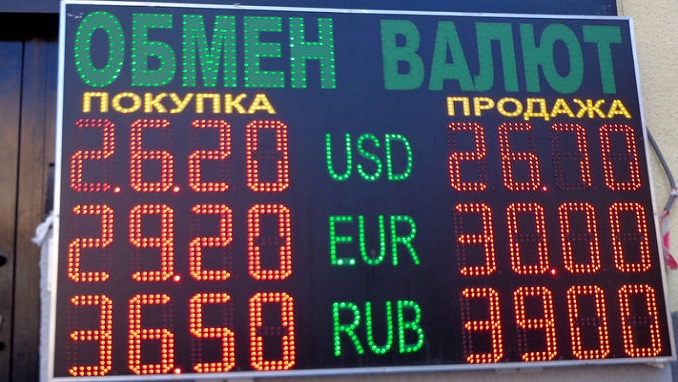 Russian President Vladimir Putin signed a decree according to which financial institutions of the country are required to place information boards with the exchange rate exclusively indoors and not to hang them outside on the street, Novaya Gazeta reports.

The draft decree was prepared by the Bank of Russia. According to the central bank, it defines “requirements for informing about exchange rates by placing such information only inside the premises in which the credit institution or its branch is located.”

In this case, the ban does not apply to any other information, in addition to exchange rates, meaning the bank can still use outdoor space for promotions and advertising.

Currency exchange booths — in many cases hole-in-the-wall operations allowing one person to enter at a time — popped up in cities and towns in Russia and other countries ahead of the collapse of the Soviet Union in December 1991.

In times of high inflation and economic instability, the neon-bulb or plastic numbers changed quickly, compounding tension as consumers tried to guess when it was most beneficial — or least damaging — to trade hard currency for rubles or vice versa.

Local and foreign media outlets have often used photographs of the signs to illustrate stories about the economy and consumer woes in Russia and other former Soviet republics.

The bill passed the third reading in the State Duma on December 5, and the senators voted in favor of it on December 11. The changes themselves are made to the law “On Currency Regulation and Currency Control.”