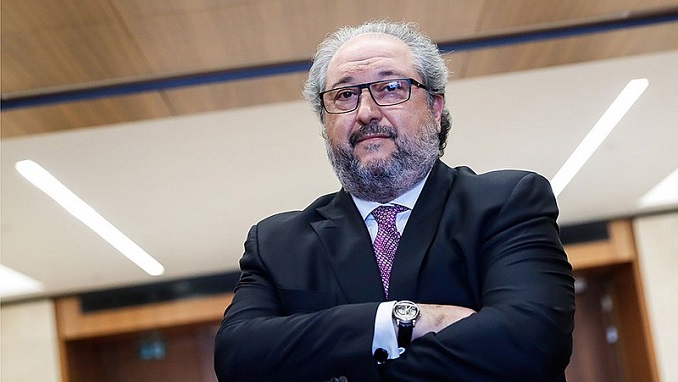 The Russian Investigative Committee has asked Moscow’s Basmanny Court to arrest well-known businessman Boris Mints in absentia after he was accused of embezzlement, the court’s spokeswoman Irina Morozova told Vedomosti.

She added that the businessman had been put on the international wanted list.

“The court received a petition from the investigation to take a preventive measure against Boris Iosifovich Mints accused under Part 4 of Article 160 of Russia’s Criminal Code (Misappropriation or Embezzlement) in the form of remand in custody in absentia,” the court spokeswoman specified.

Morozova said that the oligarch’s two sons are also on the wanted list and are likewise accused of embezzlement.

“The investigation asks to arrest the sons of Mints – Alexander and Dmitry – in absentia,” the court’s representative said.

Earlier, Vedomosti reported that the Investigative Committee had been checking Mints’ activities following a statement by Mikhail Zadornov, chairman of the board of Otkritie FC Bank.

According to one of the newspaper’s sources, it concerns the O1 Group Finance’s unsecured bonds on the balance sheet of Otkritie.

Boris Mints is the founder of the investment company O1 Group, which focuses on financing and real estate. In 2018, he transferred control over the Future Financial Group and the O1 Properties development company (part of the O1 Group) to the Cyprus-based Riverstretch Trading & Investments (RT&I). The magnate is also the founder of the Museum of Russian Impressionism.

The U.S. Congress put Boris Mints on the so-called Kremlin list in 2018, along with other businessmen, who have fortunes of more than $1 billion and can be subject to sanctions.

US Ambassador to Russia Announces Plans to Return to Washington for...