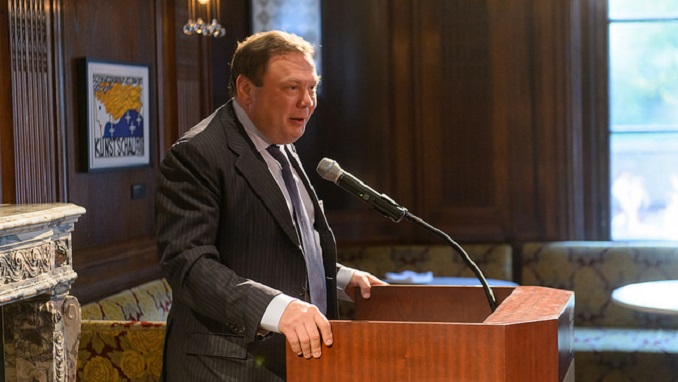 Russian billionaire Mikhail Fridman is under official investigation in Spain for corruption, after a court accused him of having helped orchestrate the bankruptcy of Spanish technology company Zed, Reuters reported last week.

The National Court, which deals with major financial cases, summoned Fridman for questioning on September 12, placing him under probe for corruption in business, market abuse, fraudulent insolvency and misuse of company assets.

One of the 100 richest men in the world according to Forbes with wealth over $15 billion, Fridman is accused of having led “a series of actions that led to the insolvency of the Spanish company ZED Worldwide SA… in order to buy it at a ridiculously low price, much lower than that of the market,” the court document said.

According to the National Court, the Russian magnate was a shareholder and creditor for Zed, a Spanish technology company declared bankrupt in November 2016. As a result, he had “a privileged position for any type of decision in the group,” it said.

Spain’s anti-corruption prosecutors say mobile phone operator Vimpelcom, which has since been re-named as VEON, controlled by Fridman, suddenly terminated or modified contracts with a Russian subsidiary of the Spanish group from 2014, depriving it of significant revenue.

Those contracts had boosted Zed’s revenues to such an extent that it planned to list on Nasdaq and secured a 157-million loan in 2013, increasing its debt. Some of that was loaned by a bank controlled by Fridman, prosecutors say.

The billionaire and executives at Vimpelcom “knew it would be impossible (for Zed) to honor this loan if there was a significant reduction in revenue from the Russian market,” they add. In difficulty, Zed applied for bankruptcy in June 2016.

Fridman, via his Luxembourg-based fund LetterOne, owns several companies in the finance, telecommunications, health, distribution and fossil fuel sectors. In May, he bought embattled Spanish supermarket chain Dia, of which he was already the main shareholder, via a hostile takeover.