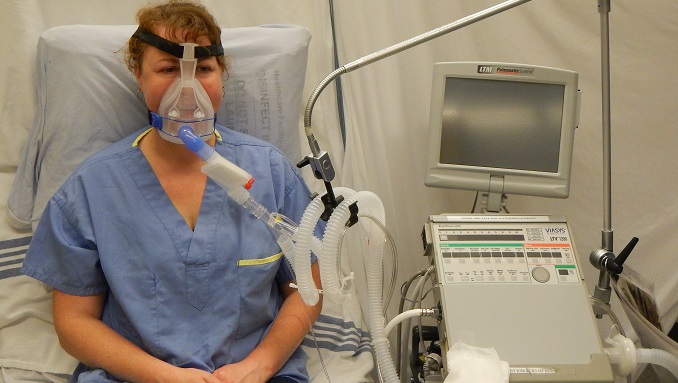 The United States may have violated its own sanctions by purchasing ventilators and other protective gear to fight the coronavirus pandemic from a Russian company on the Washington sanctions list, The Times reported Friday.

Footage of the controversial cargo during unloading in New York showed boxes of ventilators made by a subsidiary of Russian tech firm KRET, itself a subsidiary of sanctioned state-run conglomerate Rostec. Western sanctions block KRET and its subsidiaries from U.S. markets unless the U.S. Office for Foreign Assets Control (OFAC) issues a waiver.

Moscow portrayed the shipment, sent by military cargo plane this week, as a mercy mission to help out an ailing America, and analysts saw it as a propaganda coup for President Putin. The Kremlin said on Wednesday that medical masks and equipment had been dispatched to New York to help fight the coronavirus outbreak after a telephone conversation between Presidents Putin and Trump.

Russia said on Wednesday that medical masks and equipment had been dispatched to New York to help fight the coronavirus outbreak after a telephone conversation between Mr Putin and President Trump.

Moscow later said that half of the shipment was paid for by the U.S., with the other half being financed by the Russian state investment fund, RDIF.

“But the Trump administration might have not issued any license,” he was quoted as saying.